A wide-ranging regeneration scheme has been drawn up to breathe new life into a 20 acre site on the Edge Lane gateway into Liverpool. 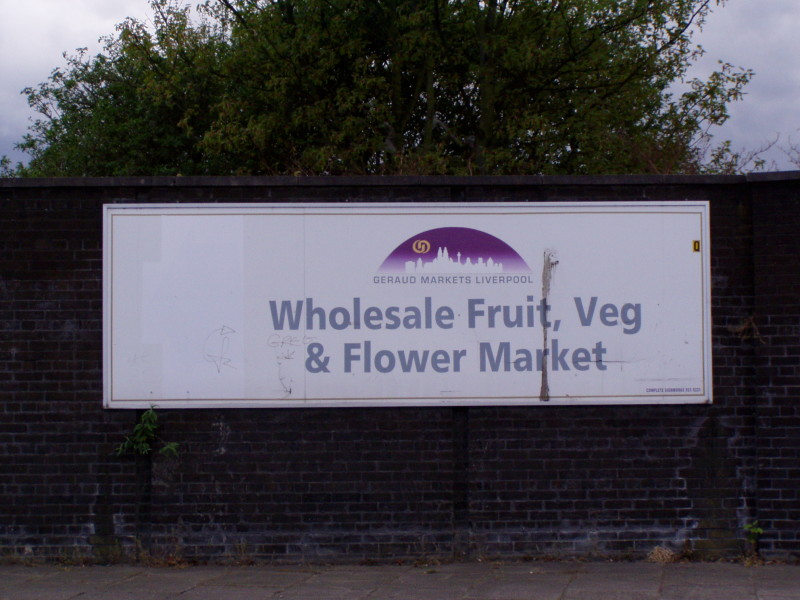 Under the proposals, the fruit, vegetable and flower market, which occupies half of the land in Old Swan, would move from its existing rundown building to a new, as yet undecided  site, which would include parking, a café and public toilets, with the aim of attracting new traders and customers.

There is also the potential for meat and fish traders – based in a building off Edge Lane not owned by the city council – to transfer to a new site with the market, and for the new facility to become a wider ‘food hub’.

Around 10 acres of the Edge Lane site is set to be redeveloped as a new home for a Merseyside Police patrol hub, while also providing space for the Force’s vehicle repair facility, which is currently based at Smithdown Lane.

Some of the site will also be used to rebuild the neighbouring St Cuthbert’s Catholic Primary School, while the remaining nine acres fronting Prescot Road would be used to develop up to 160 new homes.

“The market is in a really poor condition and the number of traders has been dwindling for a very long time, so doing nothing is not an option.

“We have been in discussions with the traders for some time about finding a way to secure the future of the market at a new site in a better location. Discussions are at an advanced stage and we are very close to being able to announce a preferred site which meets their needs and our ambitions.

“We have come up with a comprehensive proposal for the Edge Lane site that also meets the need for Merseyside Police to find new accommodation to replace Smithdown Lane. It will also provide space for a much-needed redevelopment of St Cuthbert’s Catholic Primary School, and the construction of new homes on a brownfield site.

“The entire scheme will complement the other improvements that are going on in and around Edge Lane, including the new shopping park and the film and TV studios at the former Littlewoods building.”

The final piece of the jigsaw would see the city council enter into a land swap agreement with Merseyside Police and see the site at Smithdown Lane used to expand the city’s Knowledge Quarter, with a new development of office accommodation to attract businesses and jobs.

“We need facilities which are fit for purpose for modern policing. This new development on Edge Lane will ensure our officers and staff are equipped and in the right location to serve our communities now and in the future.

“This new centre will increase effectiveness and efficiency while also enabling the Force to reduce its annual running costs, so even more money can be directed into frontline policing.

“This is also an exciting development for the Edge Lane area. I’ve been working to help regenerate this area for many years so I’m delighted to see Merseyside Police contribute as a major partner.”

The report will be considered by the Cabinet on Friday 10 June.