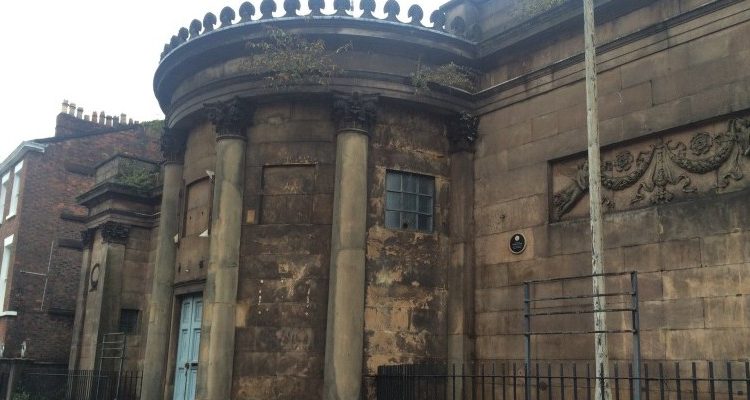 Discussions are underway about restoring the much-loved historic Wellington Rooms in Liverpool and bringing it back into use. 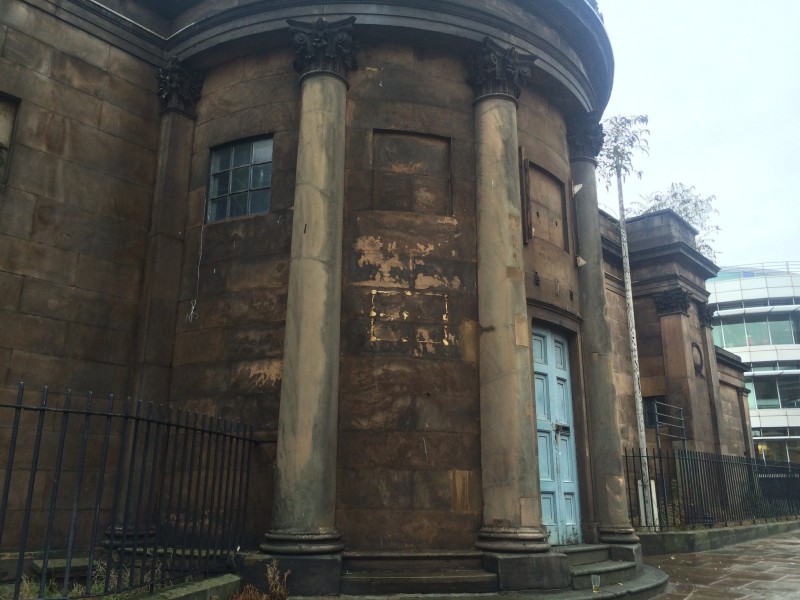 The Grade 11* listed building – originally used for high society dance balls when it opened in 1816 and latterly known as the city’s Irish Centre – is situated on Mount Pleasant in the city centre. It closed in 1997 and subsequent regeneration proposals have failed to get off the ground.

Plans were approved for the Wellington Rooms to become a function suite in 2002 but never implemented, while application for it to become a hotel in 2006 and 2007 was rejected because of the detrimental impact of a three storey extension.

Now the University of Liverpool has begun working with Merseyside Building Preservation Trust and Liverpool City Council on a feasibility study which could see it brought back into use as an innovation hub to give students enterprise and entrepreneurship training, and provide office space to help new businesses develop.

“Our ideas for the Wellington Rooms are focused around retaining more graduate talent and send out a clear signal that you can set up a business in Liverpool.

“The building is ideally placed in the centre of the Knowledge Quarter close to the universities and Liverpool Science Park. It would provide a place where people can meet, come together and generate new ideas and innovate in different ways.

“We’ve got several exciting ideas such as bringing students in to undergo enterprise and entrepreneurship training by the business community. There is also the possibility of young entrepreneurs taking office space in the building and we’ve got management and business schools that can mentor and coach young people and SMEs that could support them.”

“The Wellington Rooms has a huge history and is a building that many people have extremely fond memories of. It is unfortunate that none of the previous proposals for the site have come to fruition but it is important that we get the right scheme that respects its history and, crucially, is viable.

“I am excited by the vision that the university and the Merseyside Building Preservation Trust have for the site. They are markedly different from previous plans but fit well with the way in which the area has developed in recent years.

“We are only at the start of what will be a long journey to return it back to its former glory, but this building is our top heritage priority and there is an absolute determination to bring it back into use.”

“The Wellington Rooms is a hugely impressive building which we simply have to find a way of bringing back to life.

“It is in a fantastic location at the heart of where our universities are based, which means it is an ideal place to be used as an innovation centre and a place to grow new businesses.

“There are still significant hurdles to overcome, not least the fact that the building needs millions of pounds spending on it in order to make it useable again.

“The key for us now is to look at a range of options and find a viable way of utilising the space inside while at the same time retaining the stunning beauty of the building.

“Exactly what it will look like we really don’t know at this stage, but I am delighted that discussions are moving at a pace.”

More information will be released when a firm proposal is drawn up and details of how the project could be funded are finalised.

• It became the Liverpool Irish Centre in 1965 and for 30 years hosted ceilidhs, concerts, drama, music and language classes as well as a providing a base for sports clubs

Frida and Me makes its exhibition debut in Liverpool thanks to iVamos!