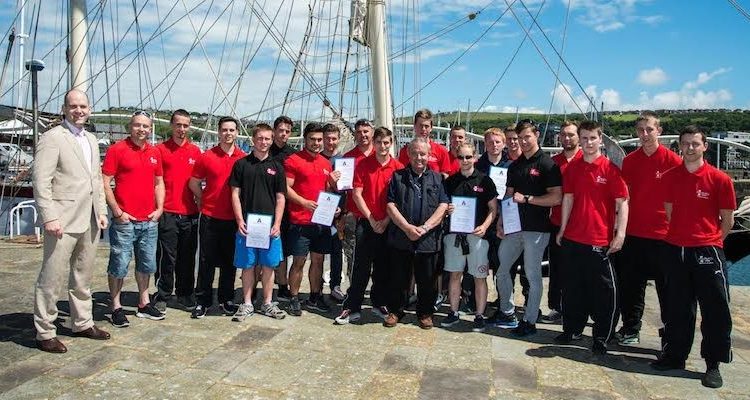 Apprentices from Port of Liverpool and Medway have completed the first ever Apprentice Ship Cup Challenge. 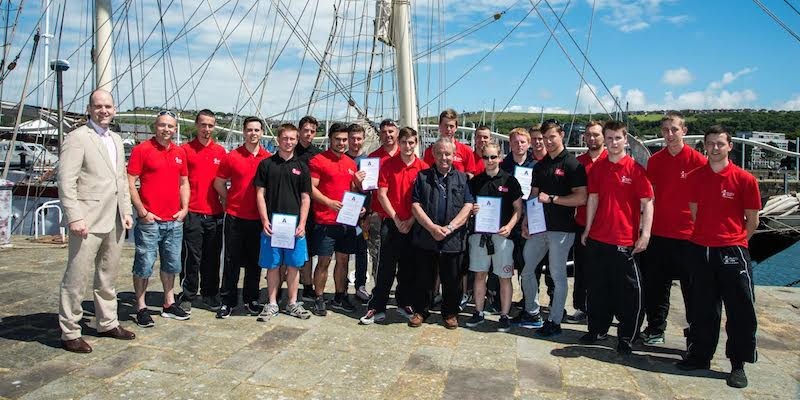 17 young apprentices from Peel Ports Group, find themselves back on dry land again this week, as they arrive back from a unique sailing challenge, which saw them travel from Liverpool to Whitehaven and back again on one of four specially commissioned tall ships.

Organised by the Merseyside Adventure Sailing Trust (MAST) the event gave 173 apprentices aged between 16 and 25 the chance to put their sailing and team working skills to the test, over the course of two weeks.

Peel Ports Group committed its support to the inaugural event by submitting two teams of apprentices, who spent the duration of the challenge on board the Pelican of London vessel, which arrived back in Liverpool on Friday (date) as part of a special parade of sail.

The apprentices were rewarded for their hard work during the challenge, at a special awards dinner held at Liverpool Hope University on Saturday June 28th. It offered a chance to celebrate their achievements and spend an enjoyable final evening with their new-found team mates.

Peel Ports was also handed the prestigious Apprentice Ship Award on the evening, thanks to the hard work and professionalism of the apprentices, their fund raising efforts and the commitment and support expressed by Peel Ports Group throughout the entire challenge.

“It’s been an amazing couple of weeks, living, working and sailing on the sea. I am very grateful for the opportunity to have gone on this voyage with Peel Ports, which will hopefully help me with opportunities in the future.

“All in all it’s been the most exciting thing I have ever done and look forward to future challenges as part of Peel Ports.  I cannot express the gratitude I have for the company for letting me take part in such and adventure.”

“Our apprentices are hugely important to us and we have an extensive apprenticeship programme in place across all our terminals.

“This experience will have been something completely different for them, but they will hopefully have learned a great about team work, which is an integral part of our approach.

“It is important to us that we help each and every one of them develop their career within the industry. We also encourage them to develop themselves as individuals, helping build their confidence and communication skills, which are just as important as the technical skills.”

“This is a fantastic opportunity for young people to get a taste of what this is all about and build up their character strengths. Besides the physical challenge, the crews also developed skills in teamwork, leadership, communication and self-confidence.

“Peel Ports has offered extensive support to our work as a charity over the past few years and we value their continued support through the Apprentice Ship Cup.”

Flexible working for all UK employees