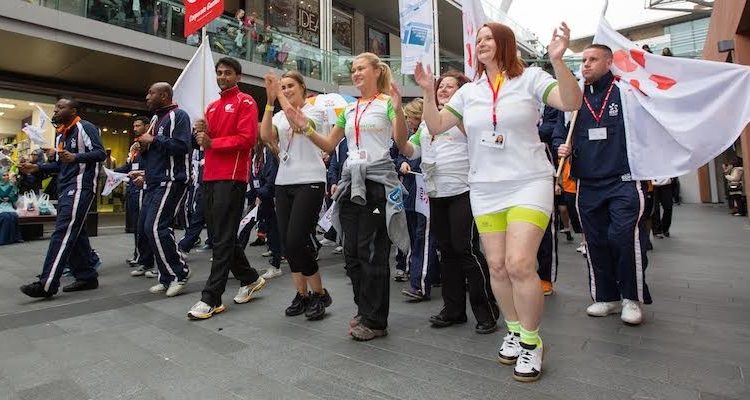 Liverpool received a massive tourism boost with the arrival of the World Corporate Games. 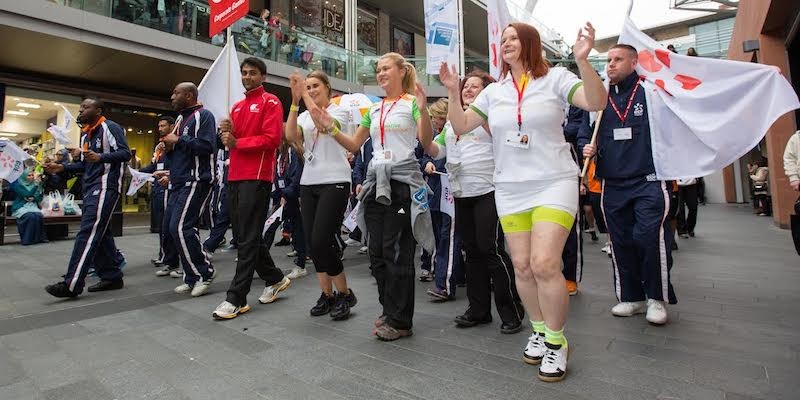 The games, which form part of the International Festival for Business, are a large multi-sport event with competitors from around the world taking part in 24 different sporting events.

Teams from companies throughout the region joined thousands of international athletes including a team of 60 from Liverpool ONE who entered 10 events, including the popular dragon boat race.

Liverpool’s Lord Mayor, Erica Kemp, and other key business figures from across the city attended the parade, which was followed with a reception at The Hilton.

Starting at Thomas Steers Way and finishing on Chavasse Park, the parade saw competing teams walk through Liverpool ONE accompanied by a lively samba band.

The event also included a Tennis Ball Hit-Out on Chavasse Park, where competitors were given the chance to win a number of prizes, kindly donated by Liverpool ONE’s stores with a total value of more than £3,500. Contributors included the Liverpool Football Club store, Warehouse, Prado hair and beauty salon and Dr Martens.

“The World Corporate Games, marked by a parade through Liverpool ONE, was a great opportunity to showcase the city and offer an incredible welcome to the 6,000 visiting athletes. The parade really helped to build team morale and there was a great atmosphere created by the live entertainment and friendly competitive spirit.

“It was a pleasure to see the volume of people enjoying the parade and the way in which the World Corporate Games unites businesses as well as driving footfall through the heart of the city.”