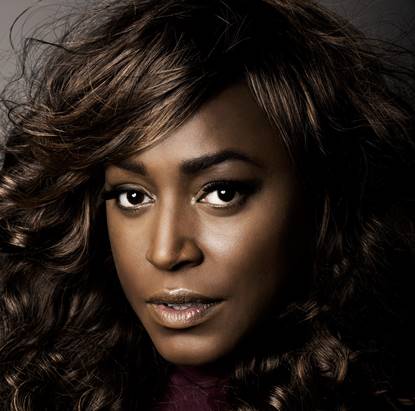 Mica Paris, one of the UK’s most respected female singers, announces a one-night concert in Liverpool’s St George’s Hall on Saturday 14th May at 8pm in the beautiful Concert Room, as part of a new UK tour

She burst onto the scene in 1988 with her international hit ‘My One Temptation’ and double platinum selling album ‘So Good’, making millions of fans and later collaborating with music industry legends such as Nile Rodgers, Prince and Bobby Womack, whilst earning her renowned title as the undisputed “UK Queen of Soul”.

More worldwide hit albums followed, including ‘Contribution’, ‘Whisper A Prayer’ and ‘Black Angel’, further enhancing her reputation as one of the greatest soul/gospel singers from outside the United States. As a live performer, her range, power, and sheer soulfulness are undeniable and she still continues to dazzle fans, selling out concerts the world over.

In recent years she has extended her talents to television presenting, most notably as BBC 2’s host for ‘What Not To Wear’, a radio presenter for BBC Radio 2 show ‘Soul Solutions’ and an author with 5-star Amazon rated ‘Beautiful Within’.  Over the past twelve months, Mica has toured the UK for the brand new Elvis musical ‘Love Me Tender’ receiving plaudits for her role as Sylvia. She was also a semi-finalist on ‘Celebrity MasterChef’ 2015, a presenter for Channel 4’s ‘Treasures of Britain’ and a panellist alongside Dave Stewart on BBC1 talent show ‘Frank Sinatra: Our Way’. However, it’s her extraordinary talent as a singer where Mica continues to triumph fans. Sold-out shows and frequent collaborations with major US soul stars underline her importance to the international soul scene. These have recently included Chaka Kahn, Angie Stone, Joss Stone and Quincy Jones, to name a few.

After taking a short break away from her recording career, this year has seen Mica focused on completing new material and focussed on music. 2016 is set to be an exciting year.

There is a limited number of VIP tickets available on a first come, first served basis which include a complimentary CD and post-concert meet and greet with Mica.