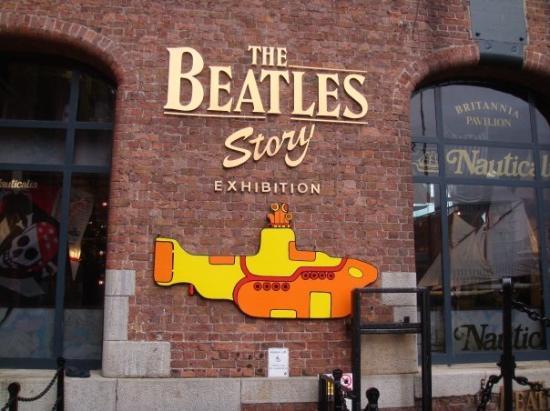 The artwork on the limited edition Hofner 60th Anniversary Violin Bass, which features a stunning black and white finish, reflects the monochrome style of the Revolver record sleeve.

The rare instrument will be on show at the world famous visitor attraction for a year. Furthermore Voormann himself will be interviewed in front of a public audience at the Adelphi Hotel on 28th August as part of the Beatleweek celebrations.

“This instrument is a stunning piece of musical history, which we are delighted to have on display at The Beatles Story. The level of detail in the piece, which has also been personally signed by Klaus Voormann, is phenomenal.

“The limited edition Hofner 60th Anniversary Violin Bass is an extremely rare instrument. It has seldom been on display so it’s a real pleasure to have it here at The Beatles Story, especially during Beatleweek.”

Klaus Voormann, now 78, first met the Fab Four, when they played their historic gig in Hamburg over 50 years ago and he quickly became part of the band’s inner circle. He later joined the British band Manfred Mann, and later John Lennon’s Plastic Ono Band.

Speaking of his upcoming trip to the city and his visit to The Beatles Story, Klaus Voormann added:

“This is a truly wonderful bass with so much musical history attached.

“The timing couldn’t be better either, as this month marks the 50th anniversary since the release of Revolver. I am also pleased that it will be on display in time for Beatleweek, which will give some of the band’s most dedicated fans an opportunity to take a closer look.”

To tie in with Beatleweek, special guests Pattie Boyd and sister Jenny will also be making an appearance at The Beatles Story’s Fab4 Cafe, Pier Head to meet fans on 29th August, 10:30 – 12:30.

Find out more about The Beatles Story at www.beatlesstory.com.

Visit www.internationalbeatleweek.com to find out more about Klaus Voormann’s appearance at International Beatleweek.