The Liverpool Arena and Convention Centre has announced an increase in annual profits of 25%, with revenues growing to record levels as a result of more than 87,000 attendees at over 100 recent events. 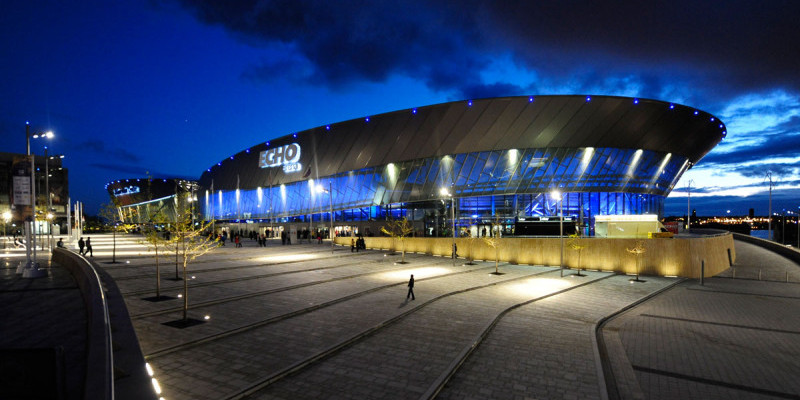 Events of note during this growth period included the BBC Worldwide Showcase, the Audi UK National Forum and the Royal College of Obstetrics and Gynaecologists World Congress.

The 87,000 visitors seen this year have directly generated more than £137 million in economic benefits for the Liverpool City Region, with the Echo Arena along bringing in 443,000 visitors to 72 events, including Strictly Come Dancing, Arctic Monkeys, and the World Karate Championships.

“We are pleased to confirm another successful financial year for ACC Liverpool, taking our total economic impact since opening to £860m.

“2015 will be a significant year for us with the opening of our new exhibition centre and integrated Pullman hotel. The development will enable us to host consumer and trade exhibitions as well as increasing the number of national and international conferences and major entertainment events.

“We will be the only purpose-built integrated arena, convention and exhibition centre in Europe and the newest facility of its kind in the UK.

“Meanwhile we are continuing to invest in our existing venue and have made sizeable enhancements including the refurbishment of VIP boxes in the arena, Wi-Fi upgrades, a wider range of technical equipment and changes to our galleria. These improvements are set to continue.”

This growth is expected to continue throughout the 2014/2015 period, with upcoming events in the new year to include the Liberal Democrats spring conference, the World Association for the Advancement of Veterinary Parasitology conference, and the return of the BBC Worldwide Showcase for it’s fourth year at the venue. The Arena schedule is likewise packed, with high draw events, like Lionel Richie, Strictly Come Dancing, and Disney on Ice.

“2013 – 14 was another year of positive development for us, staging high profile national and international conferences and attracting big names in the entertainment world. I’m delighted to say that this is continuing and this month alone we are hosting 27 entertainment events across all ACC Liverpool venues as well as a series of conferences in the convention centre.

“Next year we will massively expand our existing facilities with the opening of Exhibition Centre Liverpool and are working hard to ensure we have a busy calendar of diverse events for visitors and delegates. We expect to make more exciting announcements in the coming months.”