Residents urged to jump on bikes for National Bike Week

A cycling enthusiast who hails from The Netherlands – the cycling capital of the world – is calling on Liverpool residents to jump on their bikes for National Bike Week. 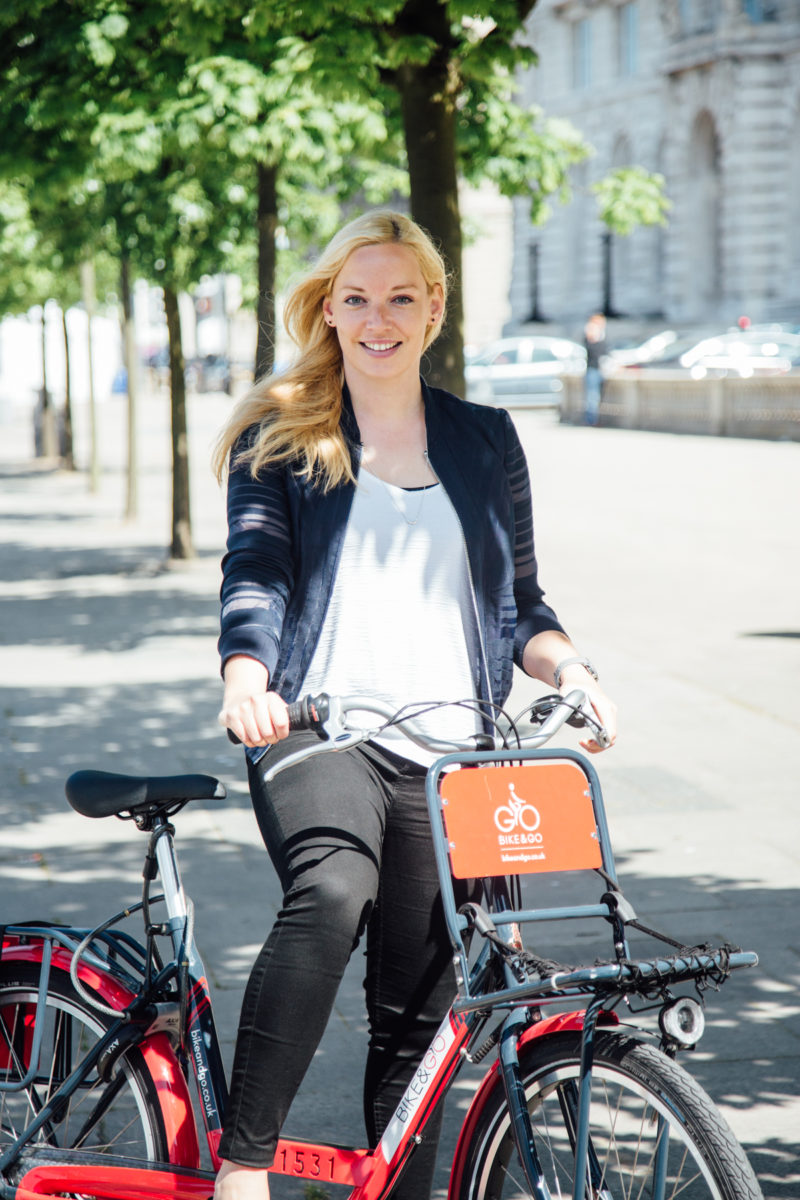 Linda van der Haar is the Business Manager for Bike & Go, whose distinctive red hire bikes readers may have seen at Liverpool Central train station. She believes that National Bike Week is a great opportunity to adopt the Dutch attitude to cycling, and to start using their bikes to get around.

“I’ve been cycling since the age of three, because that’s just what everyone does in The Netherlands. People don’t see cycling as a one-off summer activity, but as a way of getting from A to B all year round.

“Since moving here, I’ve been so impressed with the lovely back roads that can be found just moments away from the main A-roads, which means that people don’t always have to join the traffic to enjoy cycling.”

Linda also reassured those who don’t feel like dressing up in lycra that it’s perfectly fine to wear ‘normal clothes’ when cycling.

“When using my bike to get around, I tend to wear whatever I have on at the time, so if I’m already wearing a pair of jeans and I want to go to the shops, I’ll just cycle in those, and when I cycle to work I wear my work outfit. I know I won’t be cycling at 20 miles per hour, so I don’t need to wear specialist bike clothing.

“Cycling has numerous health and wellbeing benefits, as well as being great for the environment, so this National Bike Week let’s jump on our bikes and find a new way of getting around.”