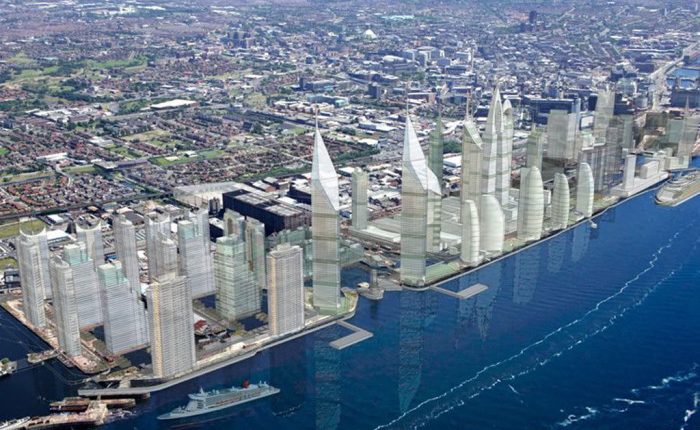 Peel has announced progress with three key developments for its Liverpool Waters project within the Mersey Waters Enterprise Zone. 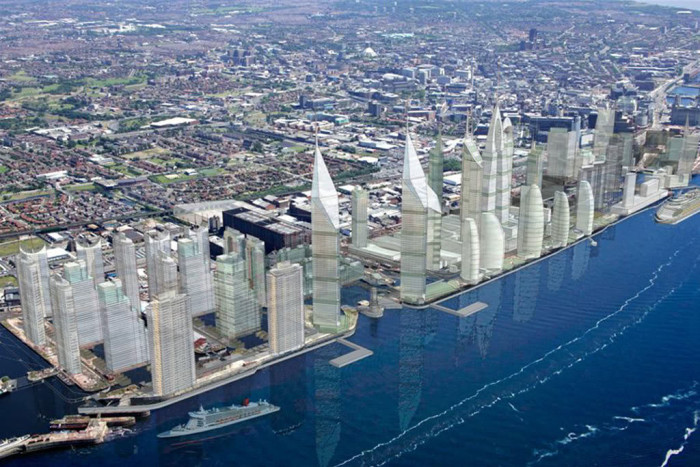 Director Lindsey Ashworth outlined the details of the latest advanced negotiations from the Liverpool stand at the MIPIM property conference in Cannes.

He confirmed that a detailed planning application had been submitted for an eight-storey 100,000sq ft Grade A office building in Princess Dock.

Since Liverpool Waters received its final outline planning consent in November 2013, this is the first such application and is a signal of the developer’s commitment to, and belief in, the city’s commercial office market.

Located off William Jessop Way, the development site is adjacent to Princes Dock’s multi-storey car park and the building has been named William Jessop House after the 18thcentury civil engineer.

Peel was also able to confirm that it has now agreed a deal with developer Moda Living for a residential tower of more than 325 apartments. Originally announced in December 2014, this tower will sit adjacent to William Jessop House at Princes Dock and reach 126 metres with its 40 storeys.

The high-quality development will deliver a mix of studio, one, two and three bedroom apartments targeted at the private rental sector. The fully-managed development will include various amenities for residents including a cinema, gym, residents’ lounge and car parking. There will also be business meeting space and a permanently-staffed management office.

Moda expects to submit a planning application for this tower to Liverpool City Council in autumn of this year. If planning consent is granted, building work could begin on site next year with completion in 2017.

It was also confirmed that terms had been provisionally agreed on three of the other 88 waterfront plots. Two would be a hotel bringing 150 high-quality hotel bedrooms to the city with 40 “high end” residential apartments managed by the hotel.

The third site is proposed to be developed for circa 100-apartments. Both development sites would command spectacular views of the River Mersey and key elements of the city’s maritime heritage.

“These announcements mark a major milestone for Liverpool Waters confirming what we hear time and again that the city’s waterfront is a key attraction for investment.

“It also shows that Liverpool Waters is moving forward with a balanced mixture of uses befitting a modern dynamic city.

“We are proud to be putting an office building of the quality of William Jessop House to the City planners. It will be a transformational development which will attract businesses from within and from outside the city region. Princes Dock is currently enjoying a good occupancy rate of 97% across its three waterfront office buildings.

“We may develop it ourselves, sell the land on to others to develop or form a joint venture partnership. At this stage we rule nothing in and nothing out regarding the future development of this site in order to retain the flexibility to respond to the market.”