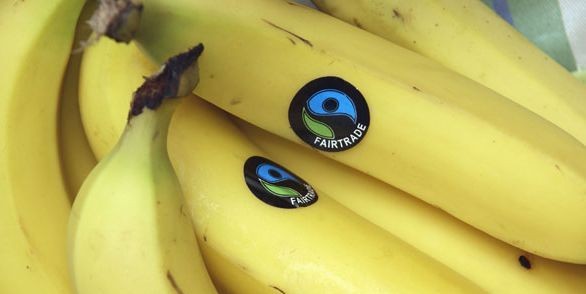 Sit down for breakfast, stand up for farmers!

Campaigners in Liverpool are inviting the local community to join them for breakfast in support of Fairtrade Fortnight 2016, to highlight the severe lack of food security faced by farmers around the world. 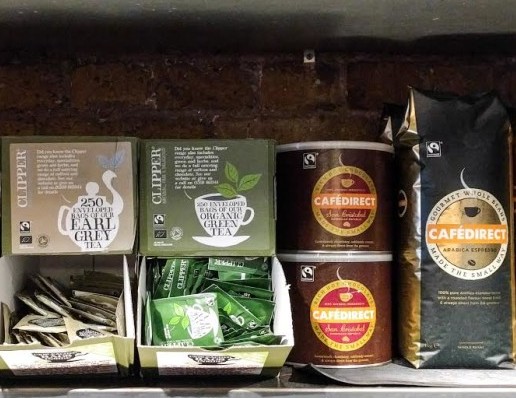 Breakfast is the most important meal of the day yet millions of farmers and workers in developing countries don’t earn enough to know where their next meal is coming from.

About 795 million people are undernourished globally, and half of the world’s hungry people, nearly 400 million, are estimated to live on small farms, despite them working hard to grow the food we eat every day.

Liverpool will join forces with the rest of the country by holding a Big Fairtrade Breakfast at the Brink, Parr Street, on Monday 29th February (8.30am) to support the farmers who grow some of the breakfast staples we rely on everyday such as coffee, tea, cocoa and bananas.

“Liverpool became a Fairtrade city in 2004 and this fortnight will encourage more people in the city to buy fair trade produce. Buying fair trade is more than just buying food with the Fairtrade logo, it is about being aware of where your food comes from, and ensuring that the people the produce comes from are getting a fair deal.

“The breakfast will be an opportunity to find out more about fair trade and why it is so important. So we are inviting people in Liverpool to sit down for a Big Fairtrade Breakfast with us, or hold their own, and help keep driving a real change for farming communities in developing countries.”

Following on from this for the whole of Fairtrade fortnight local people are being asked to post a selfie on facebook, instagram or twitter with their Fairtrade product naming the place where they purchased the product and using the hash tag #LivFairtrade.  These will be used to help celebrate Liverpool as a Fairtrade city and raise awareness of where Fairtrade products are available throughout the city.  If you are a business then why not put on a special offer over the next two weeks to raise the profile of Fairtrade products.

“Liverpool has been at the forefront of the Fairtrade City movement and this year we are looking to engage more businesses and consumers in celebrating Fairtrade as means of addressing inequality.  By buying Fairtrade products you are directly having an impact on the lives of producers.

“If you would like to find out more or get involved then find the Liverpool Fairtrade City facebook page or come along to the Research Café on Fairtrade and Ethical Consumption to be held at LJMU on Wednesday 9 March at 1pm in the Redmonds Building and join in the debate.”

LJMU will be supporting Fairtrade Foundation to raise awareness and understanding on the challenges facing farmers and workers by harnessing the power of a Fairtrade breakfast.

Throughout the fortnight the University will be offering FREE Fairtade breakfasts each morning at various locations across the campus and providing a variety of events to inform and engage the University and wider community with Fairtrade.

As well as the breakfast local businesses are being asked to complete a survey to find out about awareness and accessibility of fair trade produce, It is available at https://www.surveymonkey.co.uk/r/MMJ9L6F

Oli and David from Independent Liverpool have put a call out for local establishments to support Fairtrade fortnight so why not go and check them out  and see what you can find and don’t forget to post your photos and tag the location!

“Farming is the backbone of the world. It’s simply wrong that the people who produce what we eat go hungry themselves.

“Shoppers in the UK can change this by harnessing the power of a Fairtrade breakfast – so that farmers and workers behind our products can feel secure, knowing they can feed their families every day. We hope that as many people as possible will support the Liverpool group this Fairtrade Fortnight or hold their own Big Fairtrade Breakfast and ensure food security for world’s most vulnerable farming communities.”

Fairtrade Fortnight is a two-week campaign aiming to get shoppers, campaigners and businesses in the UK talking, thinking about and buying Fairtrade

From 29 February – 13 arch, thousands of events will be held to amplify the campaign in many of Fairtrade’s network of over 600 Fairtrade Towns, 1350 Fairtrade Schools and 170 Fairtrade Universities, and 7,500 Fairtrade Places of Worship.

You can find out more about Fairtrade Fortnight, and how to get involved in your local area, on the Liverpool Fairtrade City facebook page https://www.facebook.com/liverpoolfairtradecity/ or at fairtrade.org.uk/breakfast