Liverpool musician Peter Hooton is to take the helm of a brand new group aimed at helping the Fab Four’s tourist offer reach its full potential. 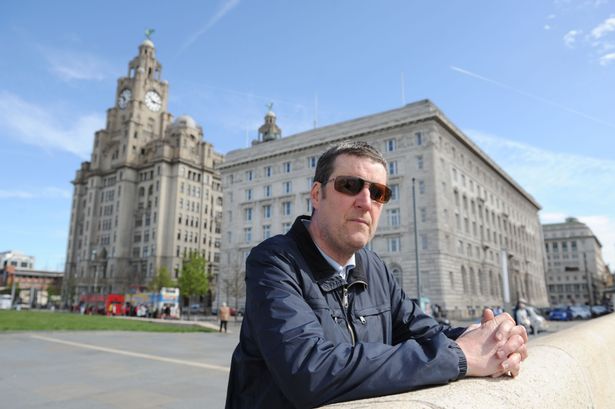 Peter will be Chair of The Beatles Legacy Group which has been established following a report released earlier this month which revealed that The Beatles legacy is worth £81.9m to the city’s economy and supports 2,335 jobs.

The report is the first study of contemporary value to examine the impact of The Beatles on the city, and although it recognised the popularity and success of the current visitor offer, it also noted the challenges facing its future and the need to find a way to curate and maintain the authenticity of The Beatles heritage for both existing and future fans.

Joining Peter on the group will be Director of Culture Claire McColgan MBE, Marketing Liverpool Director Chris Brown, Chief Executive of the Liverpool BID Company Bill Addy and Dr Mike Jones who was co-author of the report and is from the University of Liverpool’s Institute of Popular Music.

An initial meeting has already taken place which established that the aim of the Legacy Group is not to represent individual interests, but to look at the wider remit of the offer, working with key stakeholders such as organisations linked with The Beatles and residents who live in and around key sites such as Penny Lane and Mathew Street. Forums will be held for the wider Beatles industry where people can feed in and have their say on certain proposals.

Explorations will also be made around licensing and control of operators, and a kite mark that certifies a particular Beatles experience is a quality one will be established in the forthcoming months.

“The Beatles legacy report was a fascinating insight, and although it was encouraging to see just how successful the current offer is, if we want to build on this we need to look at the bigger picture and improve the experience across the board.

“Setting up a Legacy Group was one of the main recommendations of the report and from the outset, I wanted an artist to be the Chair and Peter was my first choice – he understands the industry, and the value of the Beatles to Liverpool and will always look at the bigger picture in terms of making decisions that are best for the city and the city’s reputation.

“After an informal meeting the wheels are already in motion – each member of the group brings different expertise to the table which will result in us building on what is already in place and introducing new initiatives to make sure that fans from the UK and across the world have an unforgettable Beatles experience for all the right reasons.”

The Beatles Legacy Group is set to have its first official meeting in March.

“’I’m delighted that I’ve been asked by the Mayor to Chair the Beatles Legacy Group.

“I’ve always been passionate and proud of Liverpool’s musical heritage especially our most famous sons The Beatles.

“I hope the Beatles Legacy group can come up with strategies and ideas to enhance the already superb attractions the city has to offer, in order to attract even more visitors in the future to our ‘City of Music’.

“The report highlighted the need to work with and engage with young people so I look forward to exploring all options around this with the group.”

Members of The Beatles Legacy Group have spoken out too saying:

“Since the report was released earlier there has been a real momentum in terms of working out how we can deliver the recommendations made by the researchers.

“I have received a huge amount of correspondence from those within the Beatles industry who see the value of the report and want to work with us moving forward which is really encouraging. We always wanted it to be clear that no one person or organisation can take on improving such a huge part of the city’s heritage, but by working together with a clear strategy we can look to develop a programme that benefits everyone.

“Visitors will come to expect a certain visitor experience when they come to a UNESCO City of Music, and these are really positive steps forward in making the most of the legacy for future generations.”

Mike Jones, Lecturer for the University of Liverpool’s Institute of Popular Music

“The formation of a Beatles Legacy Group is a necessary first step to ensure that visitors coming to Liverpool to ‘meet the Beatles’ encounter and take away experiences of the highest quality.

“There are many facets to the Beatles industry locally, and it will be the job of the Beatles Legacy Group to co-ordinate these so that the visitor experience is a seamless one.

“The group will be able to set goals and foster innovation in ways that single enterprises working alone cannot. I am particularly pleased to be asked to lead on the physical infrastructure aspect of the strategy which I’m sure will be fascinating.

“The City of Liverpool recognises that it has a duty of care to preserve and develop the legacy of the Beatles, and this duty must be exercised with the same energy and imagination that the Beatles captured in their music.”

“The Beatles is a massive driver of international visitors to come to Liverpool, as shown in the recent report. The industry is in a very healthy state with product such as Cavern City Tours, The Beatles Story and the National Trust properties alongside landmarks like Penny Lane and Strawberry Field.

“However we know that we must work to maintain this status and build for the future. That’s where this task group comes in. By bringing our heads together we can identify the best ways to promote and grow the city’s Beatles offer, but in doing this we must put the consumer at the heart of our decision making.”

“This is a once in a lifetime opportunity to permanently cement the legacy of the Beatles into the fabric of our tourism economy in a way befitting of their stature.

“First we must identify and protect the unique physical assets that represents the core body of the Beatles experience in Liverpool and then promote this magical story to all the audiences their music continues to reach and inspire.”

Sit down for breakfast, stand up for farmers!