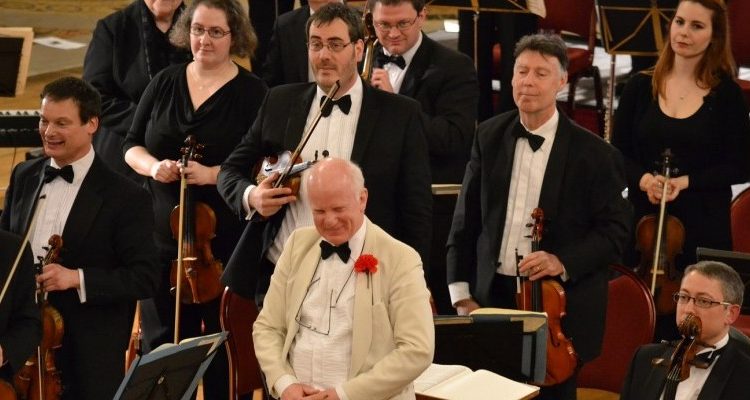 Paying homage to some of classical music’s greatest composers including – Mozart, Haydn, Vivaldi and Beethoven, the series will play some of the most renowned classical music, interspersed with stories behind the music, presented in the inimitable style of Edward Peak: light-hearted, personal and always informative.

Wolfgang Amadeus Mozart is the central pillar of the 3 concerts, showing how Mozart’s genius was shaped by his predecessors, and how he, in turn, passed on the torch to successive composers.

On Sunday 1 March the series commences with Mainly Mozart. The programme features perennial favourites all showing the composer at the height of his creative powers, including Eine Kleine Nachtmusik and the Symphony No 39. The evening will also include guest performer, Chester born pianist John Gough who will join the orchestra to perform the Piano Concerto No 23.

Then on Sunday 17 May the second show in the series, En-Route to Mozart, will highlight Mozart’s key influences with performances of Haydn’s Symphony 99, and the Mandolin and Lute concertos of Vivaldi.

Towards the Romantics brings the series to a sensational close on Sunday 13 September. The concert will show how Mozart’s legacy was passed on to forthcoming generations, those who took the musical baton from Mozart and developed his classical style and pushed boundaries towards the newer Romantic style. The main work in the final concert is the Symphony No 7 by Beethoven.

“The coming series of concerts in the splendid concert room at St George’s Hall marks a departure from the usual symphony orchestra concerts that you might have heard previously.

In this series, we are going to take you along with us in a musical tour featuring not only wonderful music, brilliantly played, but also the stories behind the music, the ins and outs of the human side of the composers of some of the repertoire’s best-known classical works. We look forward to exploring the connections, musical and personal, which pave the way through this artistic exploration.”

Edward is well known to audiences from his career with the RLPO as both performer and Conductor and more recently as a presenter for Bay TV; now his life-long services to Music and the Arts are to be acknowledged with the presentation of a Civic Recognition Award from the Borough of Wirral.

Having played a superb collection of Organ and Orchestra concerts in the Great Hall last season, this new series from St George’s Orchestra-in-Residence will present an unmissable experience, with captivating performances from compositions of a timeless era.

All tickets can be purchased in person at TicketQuarter at Queen Square, Liverpool, or online at www.ticketquarter.co.uk. Alternatively, call 0844 800 0410 to book tickets.