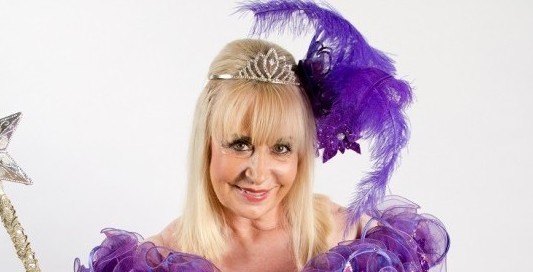 Thelma Madine to wow audiences with her panto gowns

Acclaimed TV fashion designer and seamstress Thelma Madine is to showcase some of her most extravagant creations at a special one-day event at the Epstein Theatre. 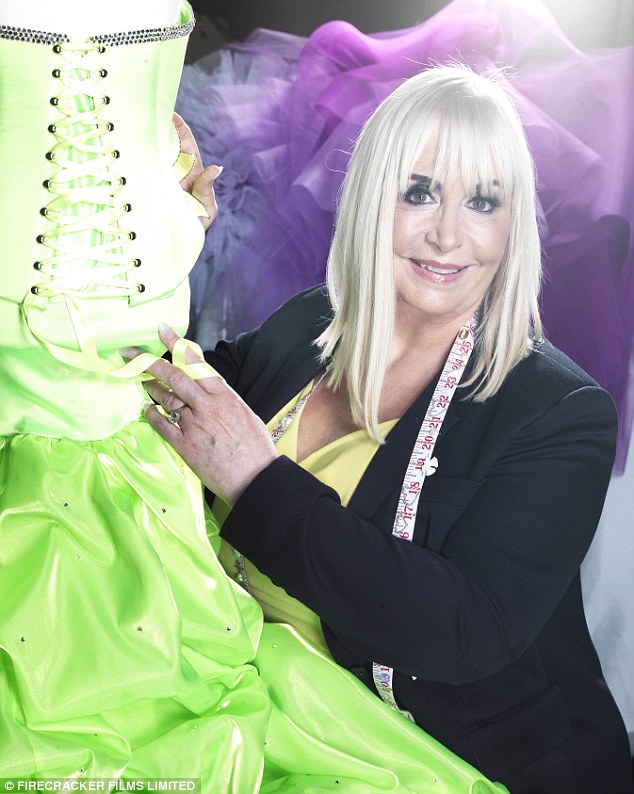 Thelma is about to swap her Liverpool design studio to tread the boards of the Hanover Street theatre in her first ever pantomime, Jack And The Beanstalk, which opens on Thursday 11 December.

But yesterday, before swapping her needle and thread for a magic wand, Thelma hosted a special event to showcase her amazing pantomime creations to the public. including some of the actual dresses she will wear during the show, in which she plays the Fairy.

The dresses have been designed and made by Thelma herselfand actually grow larger as the show goes on.

“It’s been an exciting challenge, designing and creating the costume I will actually wear in the pantomime. It was fantastic to meet some of my fashion fans at my showcase, and I was incredibly proud to unveil my Fairy costumes alongside some of my other showstopping creations”.

In recent years, Thelma has shot to fame as the creator of some of the biggest and most spectacular gowns ever seen on television; and thanks to the Channel 4 hit series Big Fat Gypsy Weddings, she now has a cult following and is a household name.

Following on from the success of the show, Thelma recently fronted her own Channel 4 series, Thelma’s Gypsy Girls. She is the designer favoured by the traveller community, many of whom travel hundreds of miles just for Thelma to design outfits for their occasions.

Audiences visiting the panto this year can certainly look forward to a bit of glitz and glamour.

Jack And The Beanstalk is brought to the Epstein Theatre by LHK Productions. It runs from Thursday 11 December to Sunday 4 January – that’s an incredible 49 performances.

LHK are renowned for bringing top stars to the stage in all of their productions and 2014 is no exception, in what promises to be the greatest celebrity cast yet.

Thelma will be joined in the Jack And The Beanstalk cast by TOWIE and Splash star Dan Osborne, also making his panto debut as Jack. After entertaining audiences at last year’s panto as the Magic Mirror, celebrity hairdresser and beauty guru Herbert of Liverpool makes a welcome return as the voice of the Giant. Brookside’s Suzanne Collins returns to the Liverpool stage as Mrs Fleshcreep, and Grease is the Word’s Alison Crawford returns to the Epstein as Jill.