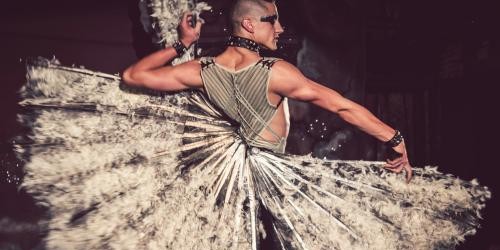 Prepare to be blasted on a futuristic journey that is truly out of this world, as the fierce and fabulous multi award-winning Vogue Ball returns for its 5th birthday with The Space Oddity.

On Saturday 4 October, the Vogue Ball’s new 2014 venue The Rum Warehouse in Liverpool’s historic docklands will be transformed in to an incredible intergalactic Space Station. 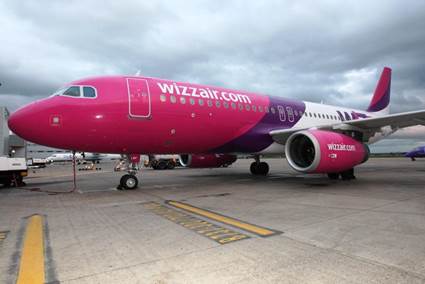 Last years ‘Gods and Monsters’ Vogue Ball ricocheted between dark scary lands and places beyond the clouds in a decadent and debauched meeting of celestial beings, icons, men and monsters which proved to be a huge sell-out success, the biggest ball to date. This year’s event vows to be even bigger than before – promising to expand audience’s imagination to the darkest depths of the galaxy for a chilling vogue-age in to the unknown, and remember – in space, no one can hear you scream.

Now an international sensation, The Vogue Ball in Liverpool is a dance event like no other in the UK – where club culture meets high art. The heat is on to boldly vogue where no one has vogued before as the very best Vogue teams (known as ‘houses’) battle it out in a fight for ultimate dance supremacy. This year includes House of Brouhaha in their Vogue Ball debut and returning houses for 2014 include House of Chocolate and House of Cards, with more houses still to be announced.

New for 2014, organisers House of Suarez are taking The Vogue Ball to one of the city’s most exciting, historic and iconic buildings, The Rum Warehouse part of Titanic Hotel at Stanley Dock, to bring another infamous catwalk spectacle reminiscent of 1970s/80s New York (the home of the Vogue dance style) at its most glamorous.

“I can’t believe it has been 5 years since the initial Vogue Ball. Since then we have not only excelled audiences in Liverpool and become one of the highlights of the cultural calendar, but we have also moved to Manchester with the companies first Mini Ball. The event now moves to Rum Warehouse due to its growing popularity and I feel that this venue will take the event in to a more opulent environment. House of Suarez is honoured to now have legendary status as one of the biggest Vogue Balls in the country. It’s unique in that it is a celebration of the gay culture born in New York with fashion and theatre binding together extravagance and severity.”

This year’s Vogue Ball is set to be an Intergalactic expedition only fit for the brave; journeying through the cosmos unearthing extra-terrestrial beings and space crusaders all engaging in fierce dance combat on the most messed-up catwalk show in the universe.

Or in person at TicketQuarter, Queens Square, Liverpool

The importance of being… Stanley