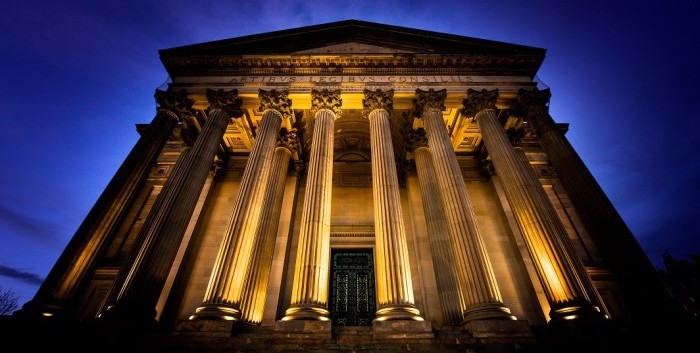 Lovehistory Ltd and St Georges Hall have announced their latest collaboration – a one-off unique evening of a buffet dinner and entertainment followed by tours, performances and animations throughout the iconic building of St George’s Hall, Liverpool. 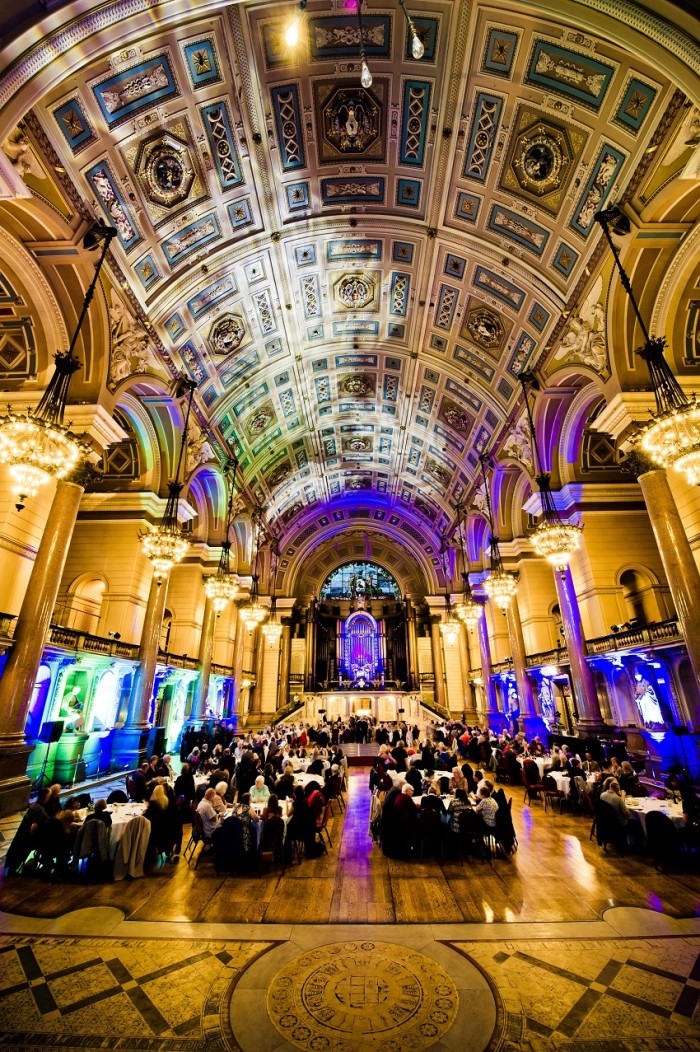 A Night At St George’s Hall will be staged at 7pm on Friday 27 February, 2015 – and Lovehistory promises an evening like no other it has staged before at the illustrious venue. Tickets go on sale on Thursday 8th January at 10am.

Upon arriving for 7pm, guests will be treated to an evening of all things grand. They will be greeted with a welcome drink, followed by a hot buffet dinner, and then entertainment in the Great Hall. Audiences will then embark on up to four animated themed tours, taking them to different areas of St George’s Hall.

The event will last for four hours as visitors immerse themselves in the drama of days gone by, which are brought to life by a group of over 30 talented professional actors. The event will accommodate up to 600 visitors, who will be wined and dined in style in sumptuous surroundings. During the special event, St George’s Hall will be illuminated with life, where characters from the past will return in all their splendour – with some of them not so splendid. After departing from the magnificent Great Hall, guests will venture to the shadows of the corridors below the Hall to continue the theatrical journey.

Characters will include the city’s rich merchants in their heyday to the other end of the spectrum, the criminal underworld lurking in the dark corners of the hall’s court, corridors and prison cells.

There will be music, song and performances, with food fit for a king. This spectacular show will take audiences back in time with the help of stunning visual effects, including spontaneous animations and projections. Guests will be given the option to roam the Hall and encounter characters at their own leisure and there will also be a number of promenade performances and guided tours.

“St George’s Hall is always aiming to develop new and dynamic interpretations for the magnificent building, and through Lovehistory, there will be a night of entertainment and adventure. Through the reception and buffet dinner in the great hall, to the promenade performances throughout the building, it should be a fun and eventful evening for everyone to remember.”

Acclaimed theatrical experience production company Lovehistory Ltd has quickly gained a reputation as creators of ambitious bespoke events. Lovehistory also organise the largest Murder Mysteries in the UK selling out 400-strong events at St George’s Hall in 2013 and 2014, and they were the first to host catacomb tours of St George’s Hall.

“Lovehistory is extremely excited about staging this new and unique theatrical experience at St George’s Hall, the first time an event such as this has been done on such a grand scale at the venue. It is a very ambitious production and our talented team are very much looking forward to reviving Liverpool’s history like no other event in the city. This fully immersive event will bring the entire building to life through song, promenade performance and food and drink aplenty. Places are limited so I’d urge people not to miss out.”

Tickets are priced at £45 each which includes the 3-course buffet meal.

Save the date for Brazilica 2015