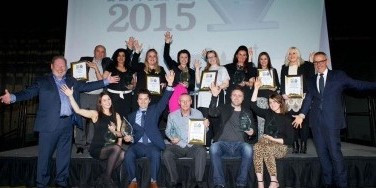 Independent jeweller Wongs won the Best Independent Award for its Whitechapel store in Liverpool city centre at the Liverpool BID Mystery Shop Awards on May 14. 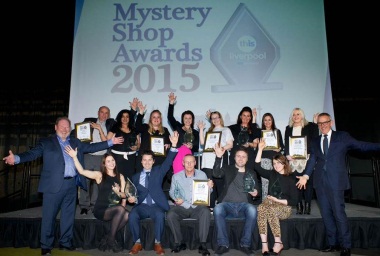 The results mark an all-time high in Liverpool city centre customer satisfaction levels according to the BID’s 2015 mystery shop survey.

In total, 170 businesses, ranging from independent jewellers to national chains scored an average 90.4% approval rating in the 2015 awards, up 4% on 2014.

Of those secretly assessed for the 6th annual survey, commissioned by Liverpool BID Company, a record 33 businesses scored top marks, of which Wongs was one.

“We are thrilled to have won such a prestigious award in Liverpool. It’s great to be highlighted as providing outstanding service – this proves we are really achieving our business mission to delight our clients on a daily basis.”

Those who scored 90% or above in rating were honoured at the awards ceremony, which took place at the City Of Liverpool College on Roscoe Street.

“For Liverpool to say it can offer a 9 out of 10 customer experience to shoppers and diners is truly exceptional.

“We’ve worked hard to support businesses in driving up standards and we’ve been delighted with the way they’ve embraced the feedback and the training opportunities to support their staff.

“There’s always room for improvement and plans are in place to continue to build on these tremendous results.”

A record total of 80 businesses scored between 90%-99% just 12 attained a mark below 70% in the independent assessment.

The survey was conducted by North West based market research company Storecheckers.

“The improvement in Liverpool’s approval rating has been phenomenal and among the best we have seen in the UK.

“Shoppers and diners can expect a consistently high level of service in the city centre, which is vital in such a highly competitive market. The BID’s commitment to supporting staff training is clearly paying dividends for businesses and long may it continue.”

Alder Hey hospital given Freedom of the City