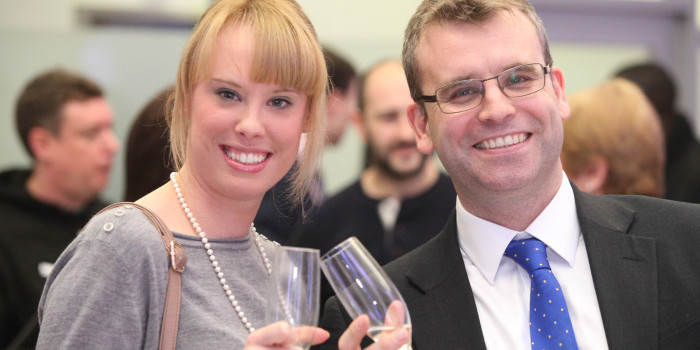 YBnews Christmas MYOB sees in the Festive Season in style

Braving the start of the ‘weather bomb’, some of the Liverpool City Region’s most influential businesses got together on Tuesday to see off 2014 at the December MYOB event. 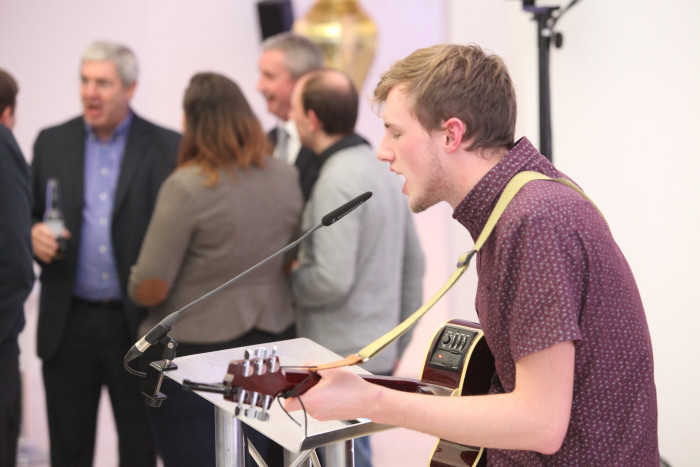 Delegates enjoyed the stylish surroundings on offer at Liverpool’s newest and most exclusive spaces, The Venue at the Royal Liver Building, by gathering round the Christmas tree to network, toast a successful year and share plans for the year ahead.

The event was sponsored by Lookers Citroen and the North West Fund, who have recently announced their new Micro Loan tier, specially tailored to match investment needs in the region.

There was Christmas cheer aplenty, with flowing glasses of fizz and entertainment was provided throughout the evening by some of the city’s youngest up and coming acoustic stars before Su Grainger of Sing Your Socks Off fame got the crowd going with a few festive numbers.

Mouthwatering canapés and bar service, courtesy of Adam Franklin of The Liverpool Yacht Club, meant that all attendees were kept in high spirits throughout the evening. Attendees were also treated to a prize draw, courtesy of Hooka Liverpool, The Epstein Theatre, Sefton Park Palm House, O’Connors Bar and Grill and The Echo Arena.

Following the summers MYOB programme, which coincided with the International Festival for Business and subsequent meetings in October and December, the event is quickly becoming a popular fixture for small to medium businesses in Liverpool. The event had become synonymous with effective, informal networking in some of the city’s most exclusive venues, which always makes for a popular event.

On Tuesday, organisers announced that the event would soon be a monthly offering and the date for January has already been confirmed.

With the new year fast approaching, businesses from across Merseyside seem keen to see more from the team at MYOB, which is rightly becoming known as one of the hottest prospects on Liverpool’s networking calendar!

First “Home for a Pound” completed