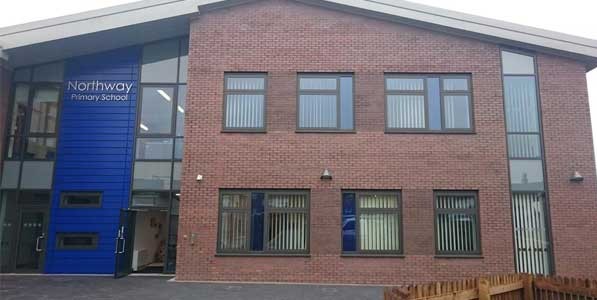 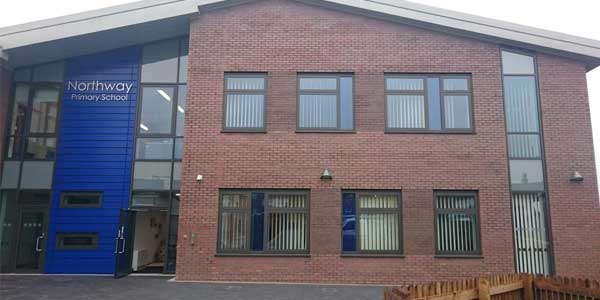 The new Northway Primary School in Wavertree replaces a worn-out Victorian building, which dated back to 1927.

The ribbon will be cut by four year-old James Fearns who is the school’s youngest current pupil, and 88 year olds Majorie Fletcher and Dorothy Stewart who attended the original school back in the 1930s.

The new building has been built to accommodate twice as many children as the old building and now has two forms of entry and will eventually accommodate 420 pupils.

The outdoor space includes a raised green mound with a tunnel, which is proving popular with pupils and has been nicknamed the Teletubby mound because of its similarity to the landscape in the TV series.

Pupils will bury a time capsule to be opened in 2035 containing a song written by pupils, a DVD of the previous school and a copy of the new-look Liverpool Echo which coincidentally re-launched on the day the new school opened its doors in June 2015.

“This has been an incredible journey and experience for the whole school as we have been able to have so much of a say in the design of the new building.

“It is a once in a lifetime opportunity for us to create a new facility which will be used by generations of pupils, and we have been careful to try and future proof the school by designing it in such a way that the spaces can be used flexibly.

“The whole school community is incredibly thrilled as it’s a wonderful environment to learn and work in.”

It is part of a £169 million scheme which is seeing 17 new and refurbished schools funded through a mix of investment from the Government and contributions from the council.

“I am delighted that we have been able to fund this new school which will give generations of young people in Wavertree a solid start to their education.

“We have been absolutely determined to make sure that as much of the construction budget is spent locally, and recycled through the economy and into the pockets of workers in the city.

“In the case of Northway, around 95 percent has gone to contractors based in Liverpool City Region and we have also made sure there have been apprenticeship opportunities for local young people.”

The new school also includes a community room which is separate to the school and will be used by local residents groups.

The other schools already completed under the Schools Investment Programme are: