City food festival calls for public to vote in awards 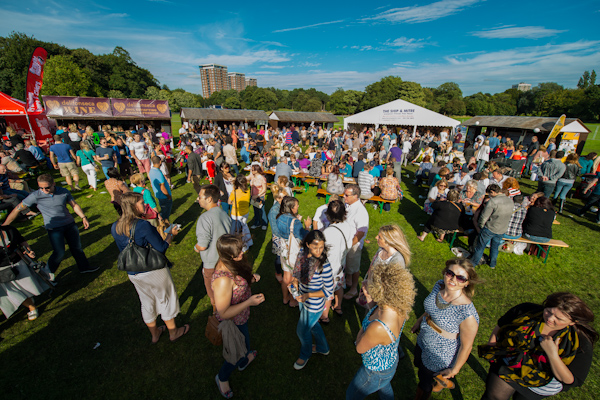 The awards, which are held annually, are part of the popular Liverpool Food and Drink Festival, which returns to Sefton Park on Saturday 17th and Sunday 18th September, and were launched over 8 years ago to acknowledge the quality of city’s hospitality scene and the individuals involved.

The awards traditionally conclude the festival weekend’s activities, where bars, restaurants, and producers come together in what’s considered one of the country’s premier food and drink events.

2015 saw in excess of 45,000 food lovers visit the festival over the two days and with celebrity chef Gino D’Acampo and Great British Bake-Off winner Nadiya Hussain headlining this year’s event, even greater numbers are anticipated.

This year’s awards ceremony will take place at Red Door on Berry Street, on Tuesday 27th September where up to 150 guests are expected to attend, coming together to meet and network with fellow industry professionals and congratulate the winners on their accolades.

There are 12 categories for this year’s Liverpool Food and Drink Festival Awards, which include

Favourite restaurant, Most family friendly restaurant, Producer of the year, Best customer service, Best newcomer to Liverpool’s Food and Drink scene and the Outstanding contribution award for services to the city’s hospitality sector.

Bars and restaurants across the city who are participating in the awards across can be easily identified by a Liverpool Food and Drink Festival Awards sticker which will be placed in their window, and their staff will be handing out cards to their customers in the run up to the festival encouraging them to vote for them in the awards.

Voting is done on the festival website, where voters can also receive 10% off advance tickets to the event in recognition of showing their support.

“We’re delighted to host the awards at Red Door for the first time and we’re looking forward to seeing familiar and new faces at the event. It’s rare that we get together as an industry on this kind of scale, so the awards is the perfect opportunity to recognise the fantastic work that’s going on in Liverpool’s hospitality sector.”

“The Liverpool Food and Drink Festival Awards are a massively popular event in the bar and restaurant calendar. The dining scene has exploded over the past few years, and the awards really put the spotlight on those businesses which are blazing a trail in the city.”

Tickets for next month’s Liverpool Food and Drink Festival are on sale now and can be purchased from www.liverpoolfoodanddrinkfestival.co.uk.

For further information and tickets to the festival awards please email info@skevents.co.uk