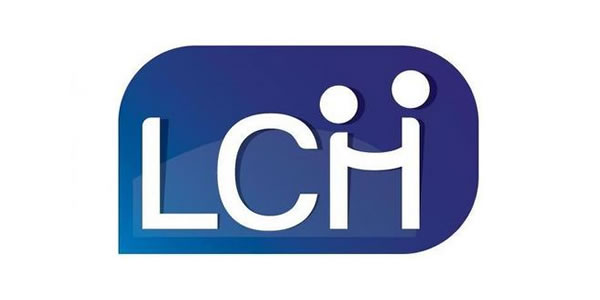 Independent review: Problems at Liverpool Trust ran deep but corner has been turned

A Liverpool health trust has made significant improvements following several years of deep-rooted problems, according to an independent report published today

The report finds that substantial progress has been made following a series of poor inspection findings and the appointment in 2014 of a new leadership team at Liverpool Community Health NHS Trust.

Liverpool Community Health asked Capsticks, a specialist health and social care law firm, to conduct a detailed review to understand why the problems highlighted by inspectors in 2014 happened, assess how much progress has been made since then, and provide regulators with detailed information about the circumstances that led to the Trust’s well-publicised problems in early 2014.

A panel of experts interviewed more than 40 (forty) current and former members of staff, and reviewed thousands of pages of documents and minutes dating back to 2010.

The review was conducted in two distinct phases. The first phase looked at governance issues within the Trust from its creation in 2010 until the the appointment of a new leadership team in the middle of 2014.

It found a number of failures had led to critical reports by the Care Quality Commission and the dispute resolution organisation ACAS in 2014. These included:

• Problems in the way the Trust went about trying to deliver savings over several years which led to a shortage of clinical staff – something which the CQC identified in its critical inspection reports in early 2014.

• Failures to investigate concerns properly, including a serious assault on a clinician by a patient’s family member in 2013.

• Failure to properly oversee the Trust’s in-patient services, which led to the serving of two CQC warning notices in January 2014, saying the organisation needed to support staff better and have better quality checking systems to manage risk and learn from clinical incidents.

• An oppressive, top-down culture which the reports finds had its seeds several years before the much-publicised report by the dispute resolution organisation ACAS in 2014.

The second phase of the Capsticks report looks at the Trust today. It found that while there is still work to do, the organisation has made significant progress and turned an important corner. Ninety-eight (98) per cent of the Trust’s patients now say they would recommend the care they receive to their friends and family.

In summary, the reviewers identified:

• Heavy investment in safe staffing level with more than 150 nurses, health visitors and other clinicians recruited since April 2014.

• Clear action that has been taken to put quality and patient safety at the heart of everything the Trust does.

• A new confidence among clinical staff, who feel they are now listened to.

• A new culture of openness and transparency.

The report is being made available to the Care Quality Commission, the Nursing & Midwifery Council and other regulators, as well as NHS commissioners.

“The report is clear that the Trust lost its way a number of years ago and this can be seen in the sad catalogue of historical problems which climaxed in a series of critical inspection reports in early 2014. What happened was wrong and, on behalf of the Trust, we are sorry that these issues went unchecked and unchallenged for so long. Since the appointment of our new leadership team in April 2014 and embarking on our improvement journey, we’ve recruited more than 150 nurses,health visitors and other frontline clinicians. We’ve turned an important corner but it’s important we never go back to the problems of the last few years. That is one of the reasons why we are working with our staff and local clinical commissioning groups to forge a different long-term future for the Trust’s services: one that that liberates and empowers our clinicians to work together and with social care, GPs and other professionals to deliver joined-up NHS care and support for patients and families in neighbourhoods and localities across Liverpool and Sefton. Today’s report confirms that we are heading in the right direction but we are by no means complacent about the challenges that lie ahead.”

The independent report identified several areas for further improvement which the Trust is addressing through a detailed action plan. These include changes to some of the Trust’s committee structures, further improvements to governance arrangements, and reducing the length of board papers.

If patients, their families or carers have any questions or queries about the review, they can contact the Trust’s Patient Advice and Liaison Service by telephone  on 0300-7900-224, by email at csd@liverpoolch.nhs.uk or in writing to: PALS, Liverpool Community Health NHS Trust, 2nd Floor, Liverpool Innovation Park, Digital Way, Liverpool, L7 9NJ.