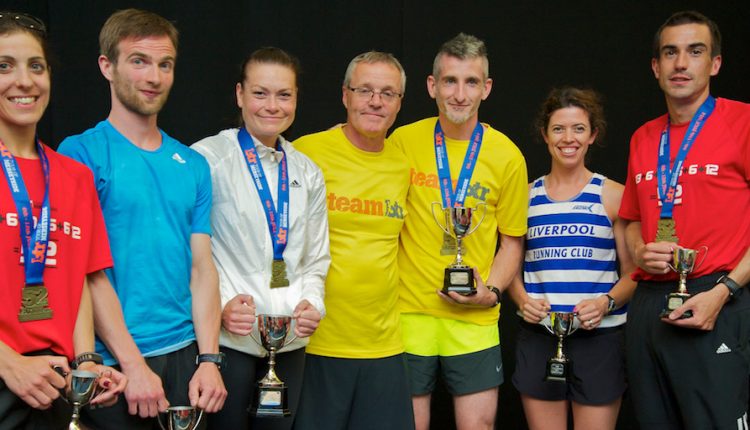 The second annual BTR Tour Of Merseyside has been hailed as a huge success – with two thirds of places already taken for the 2015 event. 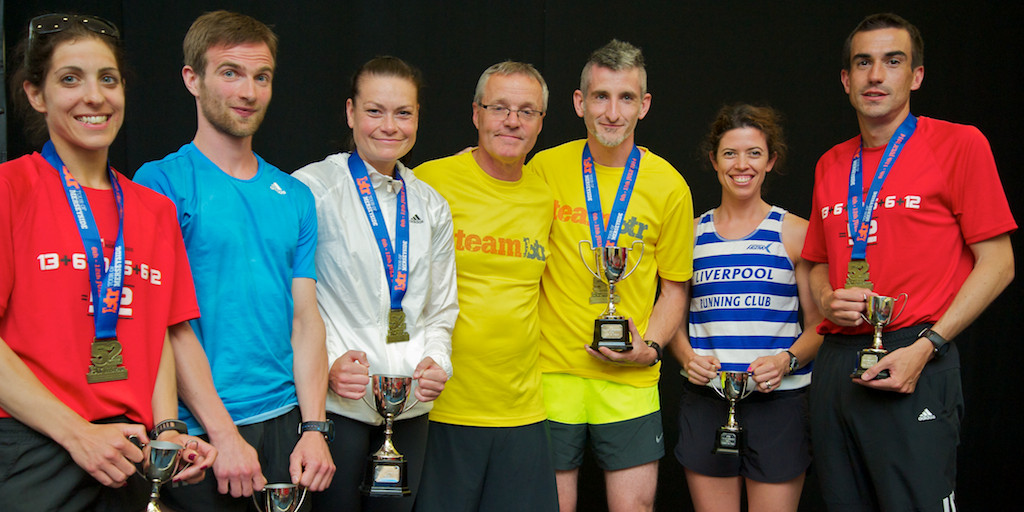 A core cluster of 160 runners of all levels and abilities completed six races over seven days, covering an impressive 52 miles of road races, multi-terrain and cross country.

Anthony Taylor from Manchester retained the overall title and finished in overall 1st place. He narrowly missed out breaking the 5-hour barrier with a finishing time of 5:00:55.

The Tourists included runners from York, Wales and the North East. They were joined by visually impaired runner James Hughes, aged 41, who was guided throughout the week by his 76-year-old foster father John Courtney.

The Tour Of Merseyside is the brainchild of BTR Race Director Alan Rothwell, who has previously taken part in a similar event in Tameside. That event no longer exists so Alan took the opportunity to develop a new event for the region.

“The Tourists of 2013 experienced something incredibly special when we staged the first Tour last year. But this year’s event really has exceeded everyone’s expectations – the new runners, last year’s returning Tourists and the BTR team.

“Each Tourist has a reason why they are running, whether that’s for personal achievement, to experience a new challenge, or for charity. Each story is inspiring. And the experience and memories each runner took away with them will stay with them for a very long time.”

This year’s event more than doubled in size with 160 finishers, compared with 73 completing the Tour in 2013. And 28 of the original Team of 2013 returned to do it all again for the second year running.

Lee Lloyd from Frodsham, was unable to complete the last race on day six and retired 11 miles into the 12-mile Wirral Coast Run – and 51 miles into the 52-mile event. However, after support and encouragement from BTR and fellow Tourists, he will run the final mile next Wednesday (23 July) to collect the coveted BTR Tour Of Merseyside medal.

The BTR Tour Of Merseyside is set to sell-out in 2015, with two third of places already taken after BTR opened entries early due to demand.

“It was really disappointing for Lee when he couldn’t complete the final day and leg of the Tour. We have so many Tourists keen to join Lee as he runs his final mile, which highlights the spirit of the Tour and commitment of the running community.

“We’re thrilled that we’ve already raced past the number of this year’s entries and we’re on course for all 300 race numbers to be taken for the 2015 Tour. The BTR Tour Of Merseyside really has been embraced by the running community and we cannot wait for the 2015 event.”

Your invitation to the LCH board meeting