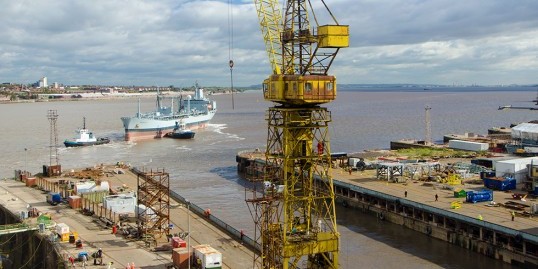 Wirral firm Cammell Laird has been given the green light for a brand new marine operations for facility in Monks Ferry.

The plans were revealed earlier this year for the 16,000 sq ft operation, which would be used for daily monitoring, routine servicing and emergency repair.

Although the scheme is expected to bring an extra 45 jobs, local residents, businesses and heritage bodies are objecting due to concerns about site access and proximity to Birkenhead Priory, which is currently used as a car park.

Adjoining business LDRA, former councillor Brian Kerry, Wirral heritage champion and councillor Jerry Williams, the Birkenhead History Society and three chartered boat operators which use the slipway where the facility would be built are amongst those contesting the scheme.

However, planning officers at Wirral Council have given the plans the go-ahead despite receiving 15 letters of objection and a petition signed with 83 signatures.

Members of the council are saying that the economic benefits of the scheme far outweigh the negatives being put forward and noted noted information from the Highway Department which found few cars actually utilise the site and therefore it is “no longer required for its initial purpose”.

The council is also pushing the advantageous contributions the new development would have on the local economy and the skills base of those working in the area’s renewable energy sector.