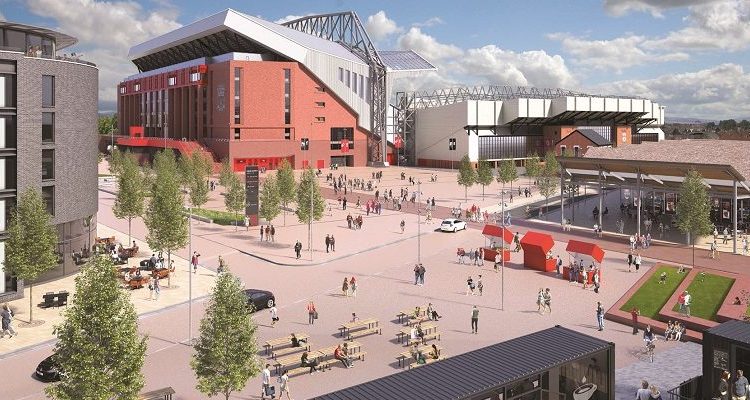 Ambitious plans have been unveiled to rebuild an entire high street next to one of the most famous football clubs in the world. 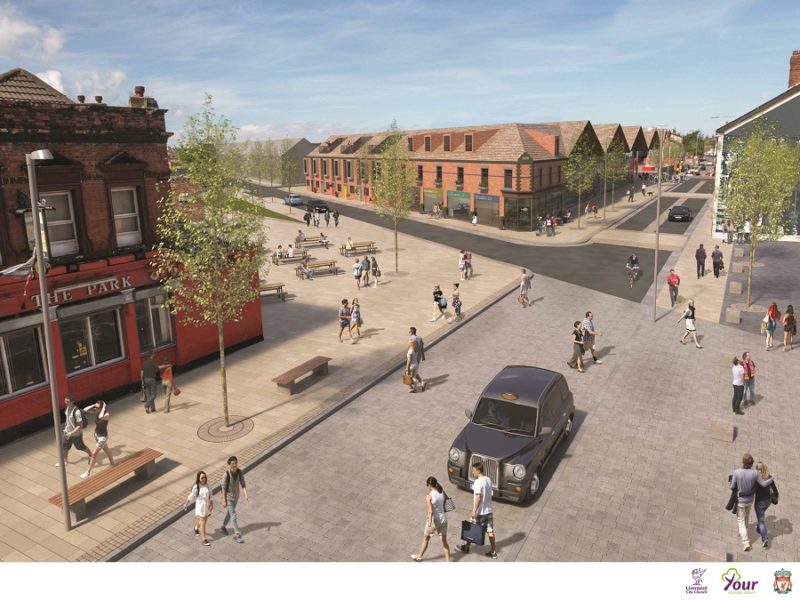 Liverpool City Council today unveiled its vision for Walton Breck Road, which is the main thoroughfare in the neighbourhood, to local residents and businesses.

The unveiling comes ahead of the first home match proper to be played in front of Liverpool FC’s new Main Stand, against Leicester City, on Saturday September 10.

The new high street would see scores of derelict buildings demolished or rebuilt. The road could be narrowed to create wider pavements and make it more pedestrian-friendly, with the creation of new outdoor spaces and high quality landscaping.

It is hoped the changes will attract new businesses keen to take advantage of a unique location next to one of the world’s most famous football clubs.

The work, which would be carried out in phases over the next three to four years, would be the latest stage in an ambitious £260m regeneration plan announced in 2013 which is being driven by a partnership of Liverpool City Council, Your Housing Group and Liverpool FC.

Rejuvenation of the high street was identified at that time as a key project and overall regeneration plans have received overwhelming backing from the local community, who will now be consulted on the new Walton Breck Road proposals.

The latest proposals would affect an area from Walton Breck Road’s junction with Robson Street to the junction of Oakfield Road and Houlding Street.

Existing businesses would be given the opportunity to take on new premises and the council would work with businesses and other organisations to ensure there is minimum disruption.

There would also be areas which could accommodate temporary markets or retail units, as well as facilities for community events.

The proposals could also see a new tree-lined avenue, with landscaped gardens, stretching up what is now Vienna Street and Venice Street from the high street to Robson Street.

The council is now seeking residents’ views on the proposals and people are being urged to attend an exhibition at the Isla Gladstone, Stanley Park, on Monday September 5 and Tuesday September 6 to view the plans in detail and offer their views. The exhibition is open from 11am to 4pm on the Monday and 4pm to 8pm on the Tuesday.

In the last three years, some 398 new homes in the area have been built, over 300 homes refurbished and 238 substandard and derelict properties demolished.

Anfield Sports and Community Centre has been refurbished and a new health centre and school have been built and opened. Stanley Park has also undergone a major programme of improvements.

In the next two years there are plans to build a new hotel adjacent to the High Street as well as further housing renovation and building. Talks on the hotel development are at an advanced stage.

“We believe we have created a vision for the High Street which will absolutely transform the area, supporting existing shops and businesses and attracting new ones.

“We now want residents to speak to us again and let us know if they want these plans to become reality.

“The unveiling of our proposals follows three years of partnership working which have already gone a long way towards creating a more vibrant and successful community. There is much still to be done but today marks yet another milestone in our ambitions to create a brighter Anfield for everyone.”

“Community leaders and residents will have a major part to play in helping us to shape these proposals and we are extremely excited about progressing our plans.

“Anyone visiting Anfield in the last year can see the improvements which have already been made. Much has also been done through the delivery of new-build homes and the imaginative refurbishment of traditional terraces. We can already see the brighter Anfield which is emerging.”

“Whilst the work on our new Main Stand is approaching completion, we recognise that the creation of a new high street would be transformational for the area, attracting new jobs and creating new businesses. It would make Anfield a better place to live, work and visit.”