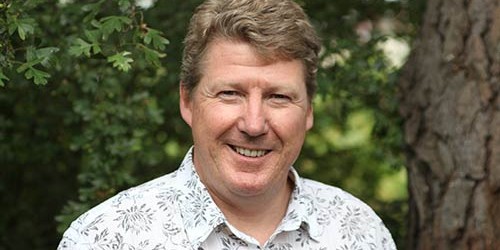 The number of high growth businesses turning over between £2.5m and £100m in the UK increased by 30% last year, but rather than relying on revolutionary technology or ground-breaking inventions, it is often businesses in everyday industries that are finding the formula to transform a merely good business to a really great one.

A new book, The Secrets of the Seven Alchemists reveals for the first time a step-by-step methodology for this business success, brought to life through startlingly candid interviews with seven truly inspirational entrepreneurs.

The author, John Rosling is a highly sought-after speaker, lecturing on entrepreneurship at some of the world’s leading business schools. His career began working for Unilever and Diageo, but he left the corporate world to establish and run numerous small, successful businesses, and write his popular guide for CEOs, More Money, More Time, Less Stress.

His first start-up was an e-greeting card company that he co-founded in almost the same month as Moonpig.com, and ever since he has been fascinated with why, whilst his business ignominiously failed, Moonpig’s entrepreneur, Nick Jenkins, went onto greatness. The detailed answers to that question – the alchemy that creates a great private business – is contained in this remarkable new book.

The seven entrepreneurs featured in the book are not from revolutionary, high-tech industries, nor do they rely on world-changing inventions. Their alchemy is in how they have brilliantly built the assets in their business to create companies that are extraordinarily wealth generative, whilst being easy to run and a joy to own.

Ajaz Ahmed: Founded innovation agency AKQA aged just 21, which today has grown to be worth over half a billion dollars and boasts clients such as Nike, Google, Audi and Red Bull.

Frank Bastow: An inspirational perfectionist, he has successfully built five businesses in different fields, but all based on his understanding of his core asset of making things easier. These include Tremayne Ltd., Bastows, Azure, Hindsight and Treacle Tiger.

Nick Jenkins: A commodities trader who revolutionised the greetings card industry when he set up Moonpig.com – a company which he sold in 2011 for £120million.

Rupert Lee-Brown: Founder of Caxton FX, who has grown Caxton FX from a company he set up with just £25k of savings to an international payment platform turning over £600million.

Russell Stinson: One of the founders of ACT Clean, a business that provides outsourced services to London’s five-star hospitality sector, developing systems and processes to provide some 1300 cleaners and front-of-house staff.

These entrepreneurs’ remarkably honest stories are revealed to help illustrate the absolutely clear formula for success that John Rosling has spent the past decade researching. The insights that are revealed make fascinating reading for business owners and directors, and are available as extracts and by-lined articles on request.

The Secrets of Seven Alchemists by John Rosling is due to be published by Harriman House in August 2014, priced £16.99. For further information please visit www.secrets7alchemists.com