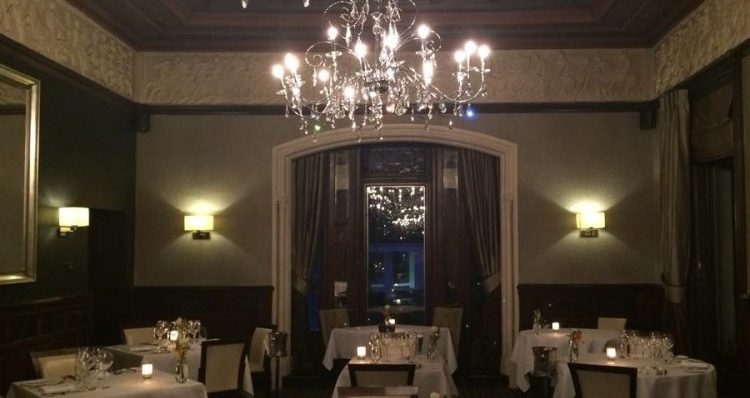 Something special for the weekend

With new and exciting restaurants opening all the time in the Liverpool City Region, the choices for discerning diners have come a long way since the nineteen eighties. ‘Steak or an Indian, dear?’ has become ‘Which international cuisine do you fancy trying tonight, darling?’

Yes, we’ve come a long way since the Bernie Inn and our options are such that it can be difficult to decide where to eat and when. British fayre, too, has transformed since its fish and chips from a newspaper heyday, and we can’t help but think that it’s now some of the best grub up for grabs; and we were never more convinced than when we were invited to dine at The Lawns at Thornton Hall in spring.

A friend and I were staying for the weekend and after enjoying a blissful day at the spa, we dressed for dinner at The Lawns. We arrived at the restaurant late (as usual), but were kindly greeted by the hostess. She showed us to a table at the bar and brought us canapés as she took our drinks and handed us a menu.

Crackers shaped like razor shells topped with a horseradish cream were a delicate accompaniment to our chilled glasses of Prosecco. The pig’s trotter fritters with apple compote were a more adventurous choice and I was hesitant at first, casting my memory back to the pale, poached pig’s trotters my great grandfather ate when I visited as a child.

But they were a far cry from those. Tasty little squares of tender pork that just melted in the mouth and a sweet and tangy apple compote that paired deliciously with the meat. A delicious start to the evening and certainly enough to whet the appetite.

We were guided through to the restaurant and despite the splendour of the room, my eye was immediately caught by the most delicious-looking cheese trolley I think I have ever seen. My friend and I committed there and then that we would save space for cheese.

We took our seats in a cosy corner of the restaurant, where we could really take in the surroundings. The room was simply charming. Lit lowly by the two beautiful crystal chandeliers, the restaurant had an altogether different feel to the bar next door. The bar was lovely, chic and modern and certainly comfortable; but the restaurant felt like a step back in time, with all the glamour of the nineteen twenties with its panelled walls, moulded ceilings and imposing fireplace. 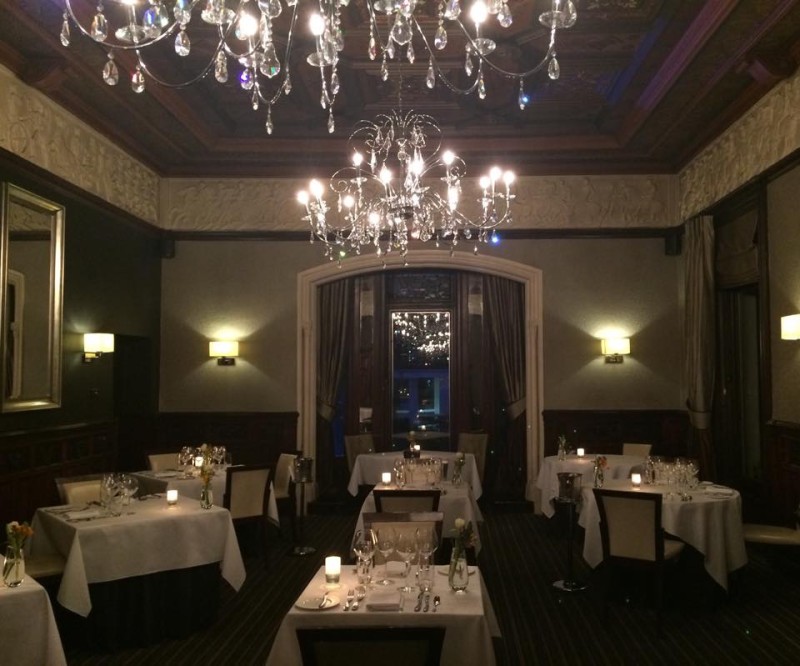 We ordered a bottle of pinot noir, my personal favourite, and were soon brought and amuse bouche of artichoke ragout with cep mushrooms and a parmesan foam. It was a perfect little mouthful and a lovely surprise. I had forgotten in all my visits to Wagamama and Nando’s just what fine dining was all about! 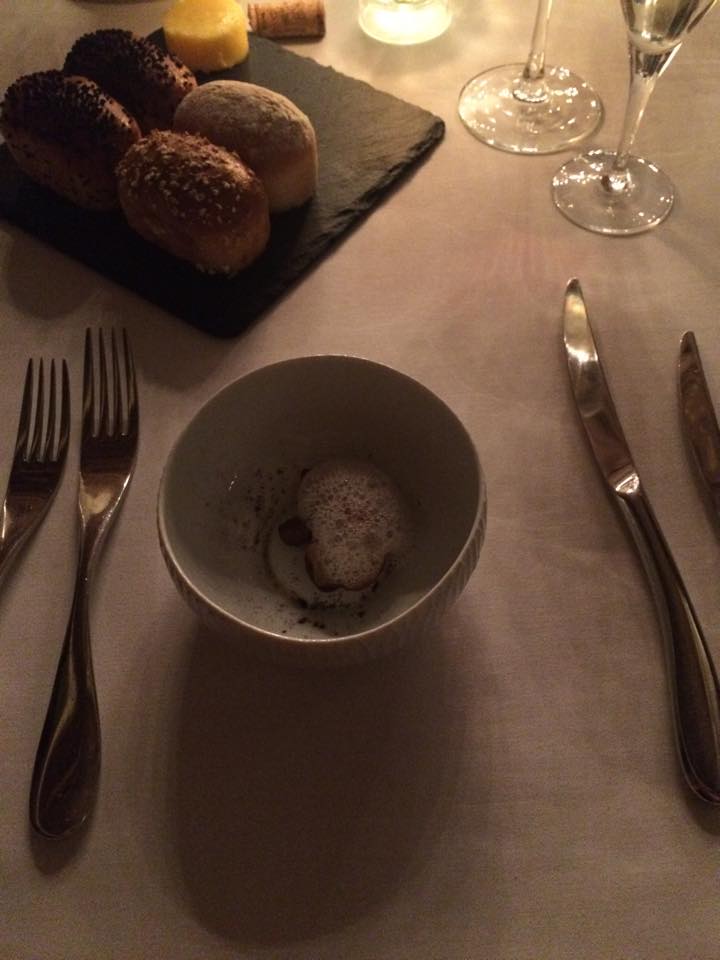 Not long afterwards we were served a plate of perfect little individual bread rolls, still warm from the oven, with creamy Abernethy butter. We dove in, nose first taking in the fresh-baked aromas that made our mouths water before the bread had reached our lips. Is there anything better?

Our starters soon arrived. I opted for the ham hock terrine with cumin-baked swede and it didn’t disappoint. The terrine was tasty and moreish, particularly polished off with the last half of my onion seeded bread roll. The earthiness of the swede and spiciness of the cumin gave the perfect balance and made each mouthful a triumph. 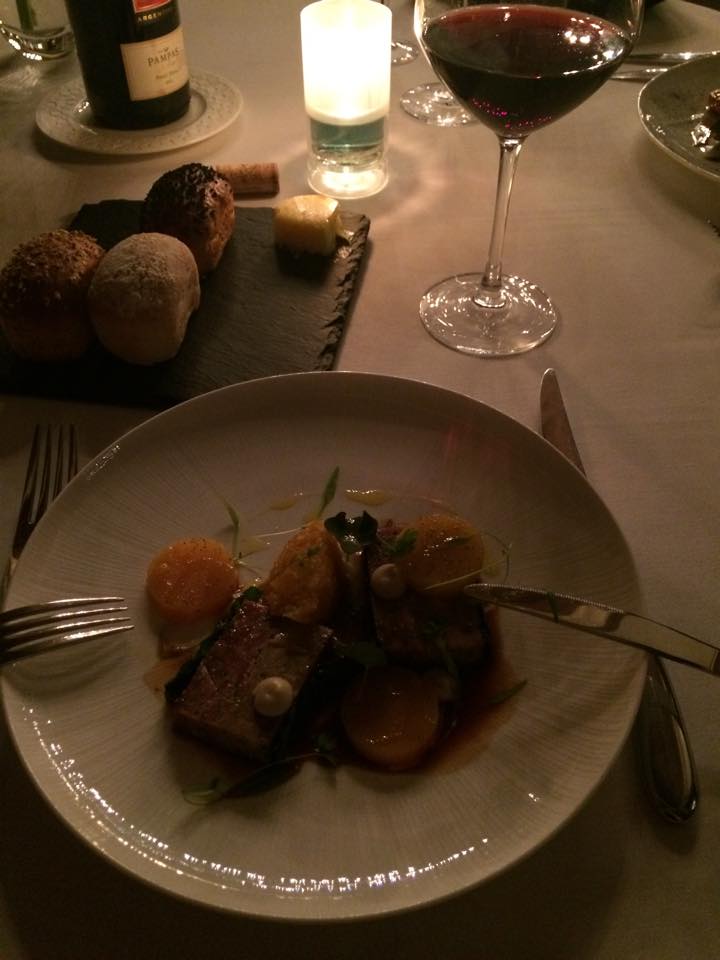 Three courses in, I felt I should have been feeling fuller, but I couldn’t help but look forward to each course ahead. My main arrived and it looked as glorious as it tasted. Fillet of perfectly pink and succulent beef with Wirral watercress, asparagus (from nearby Claremont Farm, of course) and morel mushrooms.

Chef at The Lawns, Matt Worswick, is passionate about using locally-sourced ingredients and maintains that the Wirral is home to some great suppliers. At just twenty-seven, Matt was appointed as head chef at The Lawns just last year and brings a wealth of experience in fine dining, having been the youngest chef in Scotland to have won a Michelin star during his time at Ayreshire’s luxury Glenapp Castle Hotel. 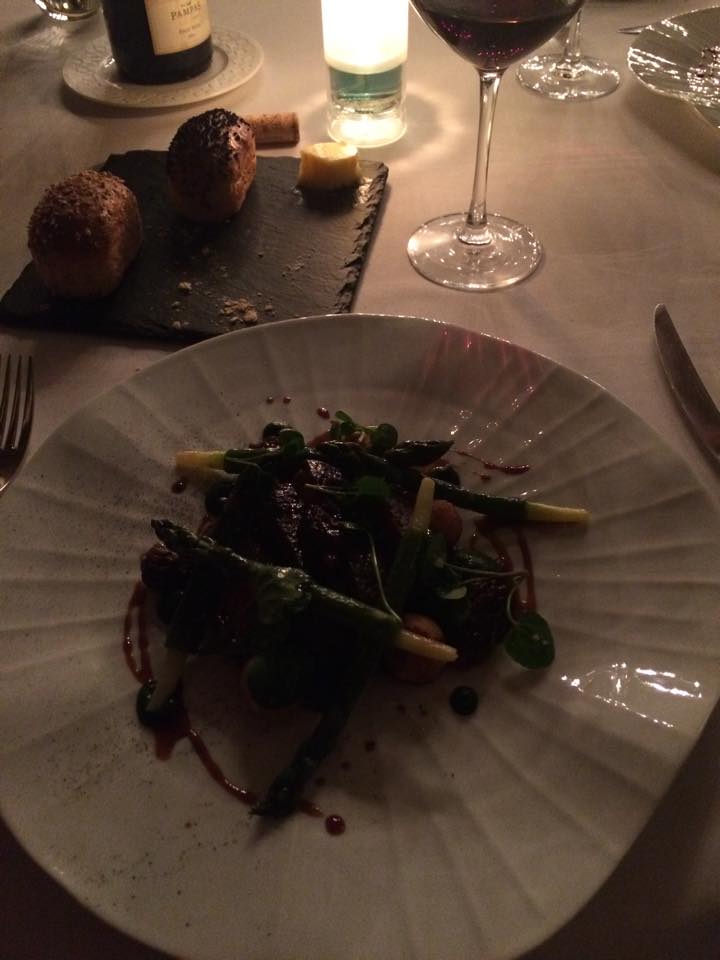 And, Liverpool-born Matt is set to be a familiar face this summer, having been selected to represent the North West in the BBC’s culinary competition, The Great British Menu. Matt will join three other chef’s from the North West to compete for his chance to cook one of four courses at a commemorative dinner for the Women’s Institute.

And we certainly fancy his chances, particularly after the desserts we were served during our visit. Both my friend and I are (ahem) healthy eaters, with a particular penchant for sweet, so our decision was not an easy one. After much deliberation and hankering after every dessert on the menu, we each ordered a different dish and decided to ‘share’.

I ordered the raspberry soufflé with elderflower sorbet and elderflower granola and it was quite honestly heavenly. The soufflé was impossibly light and airy with a not-too-tangy raspberry flavour, perfectly sweetened by the elderflower accompaniments. No sooner had my first mouthful melted away than I had decided that sharing might not have been the best idea… 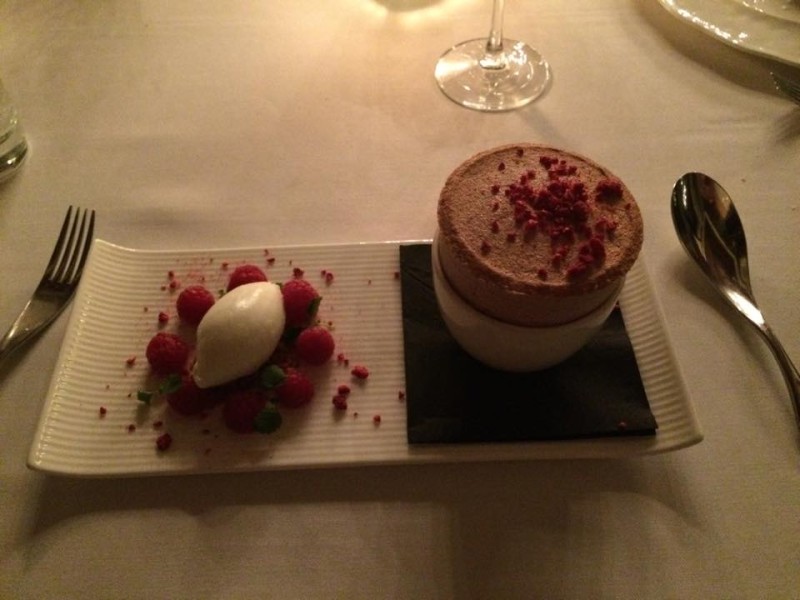 True to our promise, my friend and I traded desserts. Her chocolate and salted caramel fondant with yoghurt sorbet was the ultimate final indulgence. Rich and smooth with bitter dark chocolate sponge that oozed sweet, silky salted caramel. Need I say more?

And as we washed down our last mouthfuls with the few remaining drops of wine, we grudgingly had to admit defeat as the waitress pulled the cheese board to our table (and we tugged at our belts to try to make room). This was not a decision taken lightly, and only undertaken atop of a vow to return very, very soon.

The four-star Thornton Hotel and Spa is a family-run establishment who have recently undergone a half a million pound refurbishment. The Lawns restaurant holds three AA Rosettes for fine dining and is listed in the Michelin Guide 2015.

Earlier this year The Lawns was awarded the Highest Quality Assured VisitEngland Taste Accreditation assessed by Quality in Tourism.

Lunch at the Lawns from the menu du jour can be enjoyed from just £18 per person for two courses. Full tasting menus are available from £75 per person – and come highly recommended!!

For more information or to book a table (and we urge you to) visit http://www.thorntonhallhotel.com/lawns.html

My Time gives Liverpool carers some well deserved time out