This June, things are certainly hotting up at St Helens Theatre Royal which has a scorching selection of three summer sizzlers, including a great line-up of live music, from rock n’ roll to Irish folk. 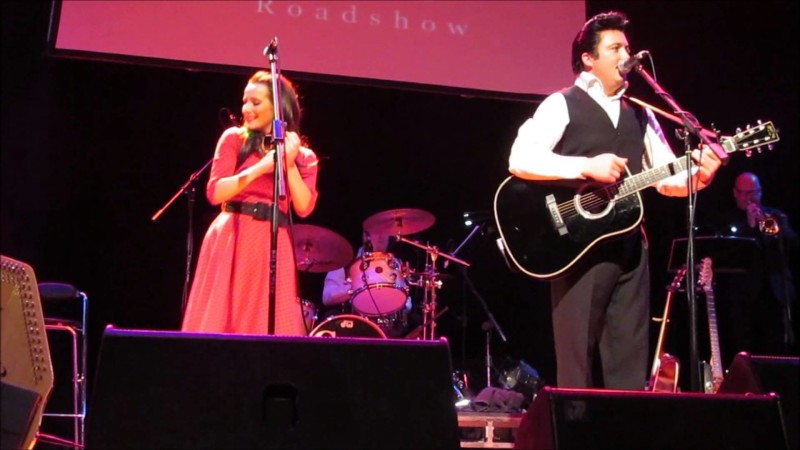 The only show to be endorsed by the Cash family, the show is not to be missed by die-hard fans and causal listeners alike.

The UK’s number one celebration of Johnny Cash is fronted by award winning singer/songwriter Clive John, who re-creates with astounding accuracy and truly captures the essence of what it was like to be at a real Cash show.

The show takes the audience from the 1950s right up to 2002 and all the stops in between featuring all of the classic songs. All aspects of Cash’s life are covered with impeccable taste.

Next up, on Thursday, 16th June, The Simon & Garfunkel Story is back with a brand new show for 2016.

Direct from its success in London’s West End, this sold out UK tour from Artistes International Management Ltd has received standing ovations at every performance.

Renowned for their musicianship and vocal abilities, they have gained a reputation for revitalising traditional Irish music and adding their own touch of passion and youthful energy.

Formed at a very young age, The Kilkennys have toured all over Ireland and have taken their music as far afield as Las Vegas, Germany, Holland, Belgium, Switzerland, Abu Dhabi and the Czech Republic. The band have almost three million YouTube hits and a packed schedule of shows for all over the world.

Davey Cashin, Rob Campion, Tommy Mackey and Davey Long are excited about bringing their brand of Irish music to a UK audience. So come along to their show and join in the fun for a great evening of music and song!

“We thought we’d get the summer off to a great start in St Helens by bringing you three fantastic shows of the highest calibre.

“Whether you are big fans of Simon &Garfunkel, prefer to jig the night away with a night of traditional Irish music or would like to go on a musical journey through the life and songs of Johnny Cash, we guarantee a night of great entertainment!”

A sizzling summer of entertainment at Liverpool’s Epstein Theatre