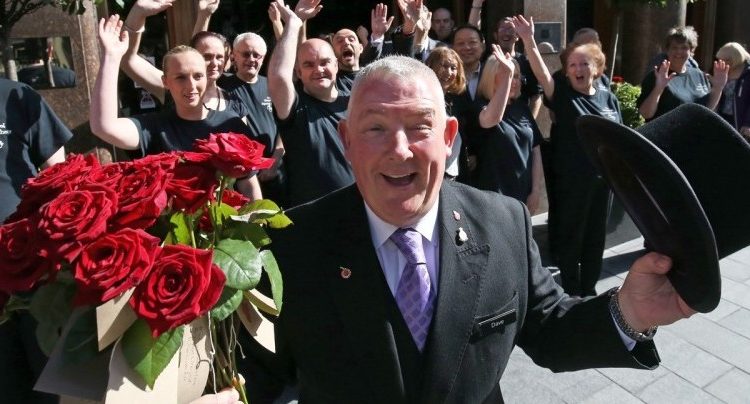 Hard Days Night Hotel teamed up with John Lennon’s sister Julia Baird and a duo of Liverpool choirs in a bid to show the love for the hotel’s new owners, Millennium Hotels and Resorts. 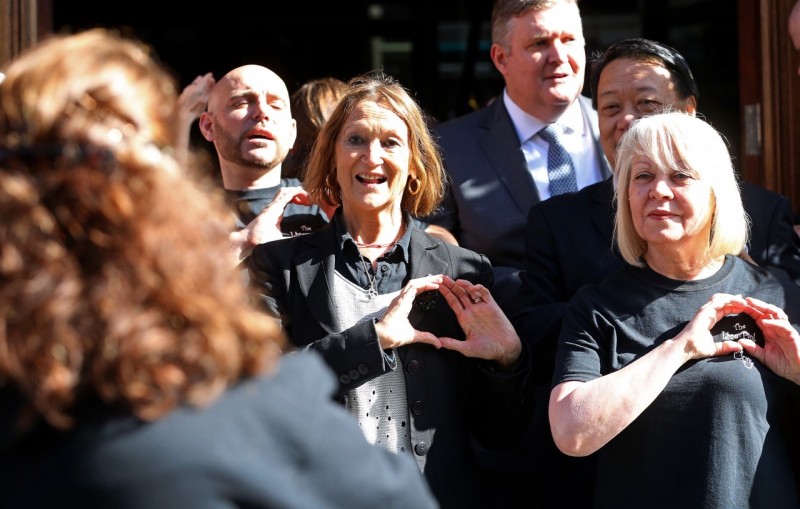 Julia, together with The Choir With No Name and twenty members of The Liverpool Signing Choir, descended on the grand entrance of the iconic North John Street building to perform a special rendition of the Beatles classic ‘All You Need is Love’.

As the heartfelt occasion aimed to ‘rejoice Liverpool’s community spirit’, the choirs were also accompanied by a number of the hotel’s team members and Millennium Hotels and Resorts’ CEO Aloysius Lee, who helped to ‘spread the love’, as 75 red roses were handed out to the public.

“The hotel team and I thought that both of these altruistic singing groups would offer the warmest of welcomes. Together with what was a show stopping performance by The Choir with No Name, we were delighted to be joined by inspirational people, who add a refreshing twist to musical sign language.

“Following their moving rendition, the choirs were then treated to a celebratory lunch here at our in-house restaurant, Blakes. The day was a fun and inimitable way of welcoming our new partners and increased global visitors to our wonderful city in classic Beatles style.”

Established in January 2014, The Choir with No Name runs choirs for those experiencing homelessness and disadvantaged people, with the aim of building confidence, morale and support amongst its members. The Liverpool based choir, conducted by Meike Holzmann, meets once a week to rehearse all genres of music and is based on the feel-good factor that singing creates.

Conducted by Catherine Hegarty, The Liverpool Signing Choir was founded on the basis of encouraging social inclusion for deaf people through the performance of musical sign language. Notable acts include a rendition of John Lennon’s Imagine at the closing ceremony for the London 2012 Olympic Games, as well as a surprise performance in honour of Julia at Liverpool Town Hall in 2011.

“Not only is the song a favourite amongst many members of both the choir and our hotel staff, its original message also sits well with what we were trying to project on the day – this being the coming together of partnerships from across the world and showcasing what Liverpool has to offer.

“It was wonderful to be joined by Julia, Millennium Hotels and Resorts’ CEO Aloysius Lee and the two inspirational choirs – the day certainly made a lasting impression.”

Lessons for Lille from Liverpool